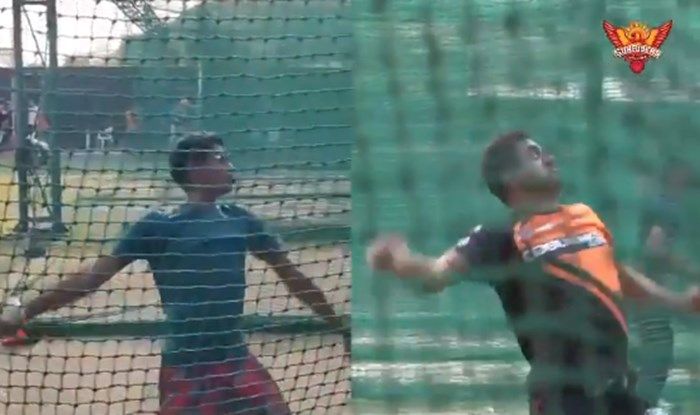 Muttiah Muralitharan’s son Naren has a bowling action identical to that of his father. The Sri Lankan spinner retired from international cricket in 2011. He holds the record for most wickets in both Tests and ODIs with 800 and 534.

Muttiah Muralitharan, who has taken over 1000 international wickets, is undoubtedly the best spinner to have ever played the game, if not the best. Now that the Sri Lankan legend has retired from cricket, his son Naren was recently observed bowling, and the youngster’s bowling movement is almost identical to his father’s. Muralitharan posted a comparison video of himself and his kid bowling in the nets on his Twitter account.

The post’s caption was as follows: “It’s Father-Son Time! @SunRisers is responsible for the video.” Murali, who holds the record for most wickets in both Tests and ODIs, with 800 and 534 scalps respectively, played his farewell international match against India in the 2011 World Cup final at Wankhede Stadium. Murali maintains his connection to the game even after retiring. He is now the bowling coach for the Indian Premier League’s SunRisers Hyderabad club.

In 1996, he was a member of Arjuna Ranatunga’s Sri Lankan side that won their first World Cup. Murali was a critical member of the 1996 team. He has won several games for his country on his own during his career and is still considered a great game.

RT @JunaidAhmad4575: Shoaib Akhtar : ” Muttiah Muralitharan is the toughest batsman I have bowled to 😅😅😅.I am not even kidding. He request…