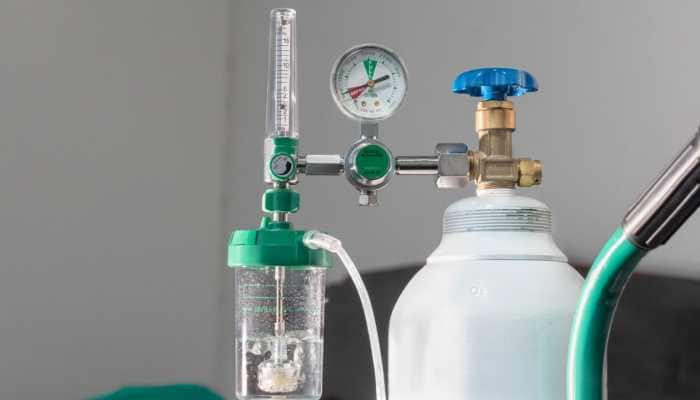 Thirteen cryogenic liquid medical oxygen (LMO) tanks and a thirty-bed Covid-19 dedicated pediatric intensive care unit (PICU) would be set up at ten existing state-run medical colleges in Bihar by August 31 as part of the state’s preparations for the third wave of the pandemic, according to the government.

Officials said that cryogenic liquid medical oxygen (LMO) tanks and dedicated pediatric intensive care units (PICUs) with a capacity of 30 beds would be established at ten existing state-run medical colleges in Bihar by August 31 as part of the government’s preparations for the third wave of the pandemic.

According to officials, a 10-bed PICU dedicated to Covid-19 patients would be established at each of the state’s 36 district hospitals around the same time.

An IAS officer complains to the police about forgery committed by Bihar’s CM.
Key Summary After spending three years in prison on an employment recruiting scam, Sudhir Kumar, IAS batch
An artist in Bihar is making statues of Prime Minister Modi into money banks
Key Highlight A sculptor from Muzaffarpur, Bihar, has created a statue of Prime Minister Narendra Modi
Bihar BSUSC Assistant Professor Recruitment Update: hiring will begin on July 15
Interview letters are now being sent by email by the Bihar State University Service Commission (BSUSC).The
Bihar Agriculture Department transfers man who died of covid two months ago
Bihar’s government has once again made headlines, but for all the wrong reasons. On June 30 the agriculture
Bihar’s industries minister writes to 24 textile industry to invest in Bihar
State industries minister Syed Shahnawaz Hussain invited entrepreneurs from the textile industry to come and
Bihar B.Ed CET 2021 is postponed; new dates to be announced soon
Due to unavoidable reasons, the CET B.Ed 2021 scheduled to be conducted on July 11, 2021, has been postponed
Hop Shoots, A Vegetable Produced in Bihar Farmer 1 Lakh per Kg. Know Why
Hop shoots, the globe’s most pricey veggie is being grown by a farmer in Bihar. Know why they are so

The antivirus software pioneer, John McAfee, was found dead in a barracks in Spain.

One good news: two old woman recovered from the covid-19

After a cloudburst, flash flooding wreaks havoc in Himachal’s Dharamshala