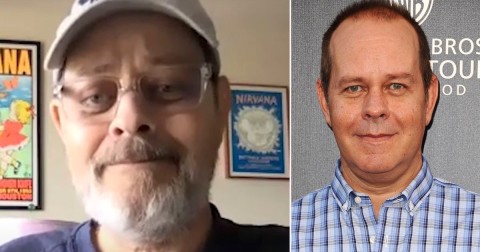 He appeared on Monday’s Today show to discuss his cancer journey. It was discovered in September 2018, but it wasn’t detected early. Since then, he has lost the ability to walk because cancer has spread to his bones. Currently, he is undergoing chemotherapy.

“I was diagnosed with advanced prostate cancer, which had spread to my bones,” he told Craig Melvin. “I’ve been dealing with that diagnosis for almost the past three years.” However, “It’s stage 4 [now], late-stage cancer, so eventually, it’s gonna probably get me.”

At age 56, Tyler was diagnosed with prostate cancer through a routine prostate-specific antigen (PSA) test. Tyler’s PSA score was 654 compared to the average of 1. (Doctors recommend that Black men and men with a history of prostate cancer receive their first prostate screening at age 40; everyone else, at 45.)

The hormone therapy initially gave him a feeling of well-being. However, a turn of events unraveled during the pandemic when he “missed going in for a test,” which caused his cancer to mutate, causing fractures and tumors throughout his body. As a result, the lower body became paralyzed. The chemo he’s receiving actively fights the cancer.

It would have been caught early if Tyler had listened to his wife while planning the procedure. He regrets not listening to his wife, whose strength he says has been his “guiding star throughout this.”

“I don’t want other people to go through what I have gone through. This is not an easy process.” he said.

According to Dr. Matthew Rettig, an oncologist at UCLA who treats Tyler, prostate cancer is different from other types in that it is almost always cured if caught early. However, if it is diagnosed later, it is even less likely to be treated.

Using genetic testing, Rettig determined Tyler’s illness was genetic rather than environmental. After receiving his sibling’s diagnosis, the actor learned that he was suffering from prostate cancer.

He said he wanted to reach his 59th birthday, fighting back the tears. The next thing I want to do is to save a life.”

Earlier this year, Tyler made an appearance in the Friends HBO reunion special – however, he did so via Zoom. The subject of his illness was not to be brought up.

“I didn’t want to be like, ‘Oh, and Gunther has cancer,'” he said. “I didn’t wanna bring a downer on it, you know?” Instead, he said he was “delighted to be included.”

The producer and David Schwimmer knew about his illness. He played Gunther, a Central Perk favorite who carried a torch for Jennifer Aniston’s Rachel.

Previously, he has appeared in episodes of both Scrubs and Sabrina, the Teenage Witch. He also starred in Matt LeBlanc’s post-Friends series Episodes.

RT @MensHealthUBC: Friends actor James Michael Tyler who is battling with stage 4 prostate cancer encourages men to ask their doctor for a…