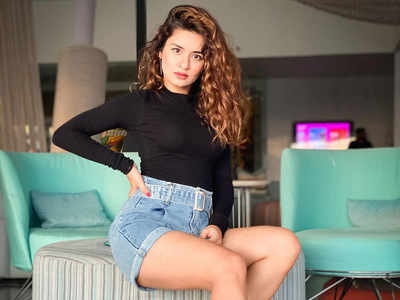 Avneet Kaur, 19, is one of the country’s highest-paid adolescent celebrities. She has been mocked for her appearance and other outlandish behavior. According to the actor, she makes an effort to differentiate hostile comments from positive ones. Avneet was battling dengue fever and other health problems.

Avneet Kaur created a name for herself at a very young age. She debuted in show business as a participant on Dance India Dance L’il Masters. She may not have emerged victorious there, but her life was forever altered. Today, she is one of the country’s highest-paid adolescent celebrities. However, one constant in any celebrity’s life is trolls and blowback.

Celebrities, regardless of their age or gender, are mocked for the simplest errors. Occasionally, for their appearances or unexpected actions. Similarly, when Avneet left Aladdin – Naam Toh Suna Hoga, something similar occurred. The actress was battling dengue fever and other health problems.

Not only that, Avneet Kaur made waves earlier this year when she reinterpreted Sidharth Shukla and Shehnaaz Gill’s Shona Shona. But how does she manage it all at the tender age of 19? She asserts that she is taking a proactive stance.

Avneet Kaur spoke about it in an interview with Times Of India, saying, “If we don’t talk about social media. There are also numerous events that occur in everyday life. There are numerous events that occur during shooting and on sets. At times, people may not appreciate you or desire to be your pals. At times, you receive so much hatred, your friends turn on you, and so many events occur in your life. All of these things, I believe, are a natural part of life, and I was always prepared for them. I’ve always had the sense that where there is good, there is also bad. I’ve been using this as incentive, and I’ve been attempting to keep unpleasant language and comments apart. I simply attempt to avoid being influenced and to channel the negativity into something beneficial. This is how I handle trolls and other difficulties in life.”

“Fortunately, no big trolling has occurred with me,” Avneet Kaur continued. Additionally, I am blessed with incredible followers who have been loving and supporting me with tenacity throughout my life’s difficult decisions. However, I notice that there are times when I share a photo on social media. I receive a few vexing messages that are quite vicious. I’ve always seen my fans standing up for me, and they respond to those negative things even before I can. They stand up for me, defend me, encourage me, and love me. All of these elements contribute to my feeling unique and privileged to have a network of supporters whom I refer to as Avneetians.”

That is an unreasonable level of maturity to demand of a 19-year-old, isn’t it? Bravo, Avneet Kaur!