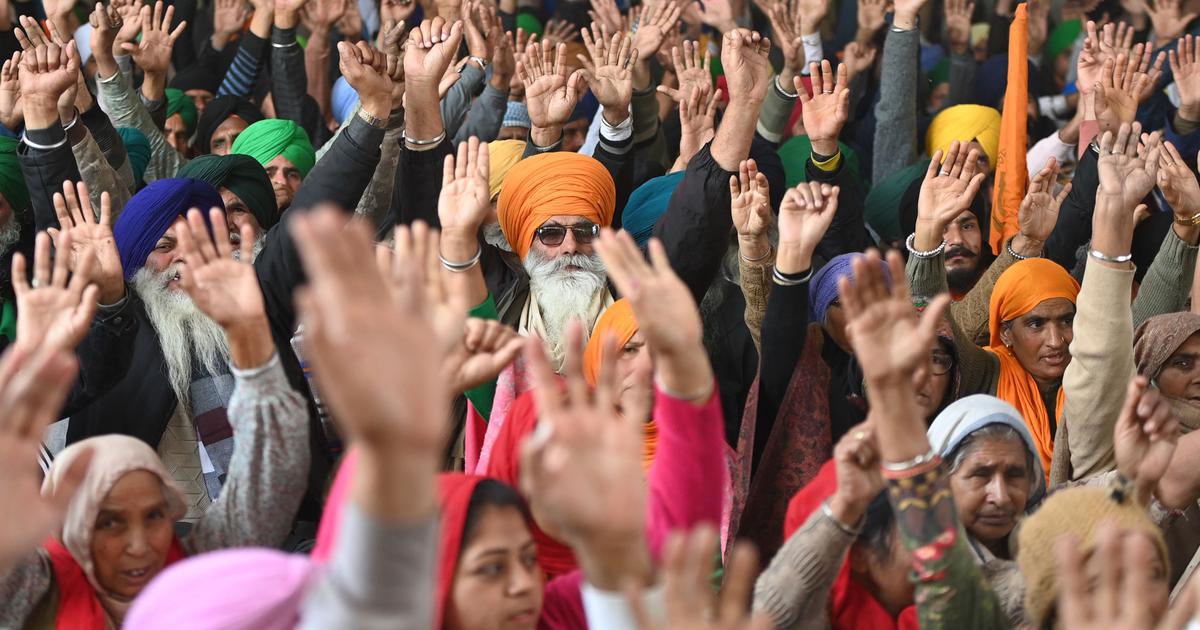 Farmers plan to protest three farm laws at Jantar Mantar on Thursday, July 22. To date, the Delhi police has not given written permission to the farmers to gather near Parliament. The police examine the security measures in place and assess the security situation.

Security at Delhi’s Jantar Mantar has been beefed up ahead of a large protest against the three farm legislation slated for Thursday, July 22.

Satish Golcha, Special CP (Crime), and Jaspal Singh, Joint CP, of the Delhi police, paid a visit to Jantar Mantar, the location of a farmers’ protest against three farm laws, and assessed the security measures in place.

The Delhi administration granted the farmers permission to organize a demonstration at Jantar Mantar on Wednesday. However, demonstrators are not permitted to approach the Parliament.

It has not yet granted farmers written permission to congregate near Parliament, Delhi police said in a statement.

Earlier last month, the farmers’ organizations announced plans to stage a ‘Kisan Parliament’ at Jantar Mantar during the Monsoon Session, with 200 protesters from the Singhu border expected to attend each day beginning July 22.

https://know-todays-news.com/the-farmers-at-jantar-mantar-are-preparing-for-a-protest-as-delhi-ramps-up-security/
From today, protesting farmers will launch an agitation against Agri laws at Delhi’s Jantar Mantar
Farmers’ protests against the three agri laws are set to receive a boost on Thursday. Samyukta Kisan Morcha
Protest Bursts In Pakistan: Seek Apology From Imran Khan Over Controversial Rape Statement
A protest has erupted now against Pakistan prime minister Imran khan demanding a public apology from h
Farmers Continue To Protest After 7th Round Of Talks
The farmers decided to continue the protest at the border of National Capital as the seventh round of talks
Farmers Continue Protest At National Capital’s Border Amid Cold
We all farmers are living on the streets in such cold waves weather conditions in a hope that the government
India Suffered A Loss Of About Rs 27,000 Crores Because Of The Protest
India has suffered a loss of about Rs 27,000 crores due to the protests at the borders of the National
Farmers Continue Their Protests On Borders On New Year
The union of the farmers had decided to continue their protest against the new farm laws on the New
Protesting Farmers Broke Barricades Of Police At Rajasthan-Haryana Border
Several farmers from Haryana, Rajasthan and Madhya Pradesh have been protesting on the Jaipur-Delhi highway

On the occasion of their birth anniversary, Prime Minister Modi pays tribute to Bal...