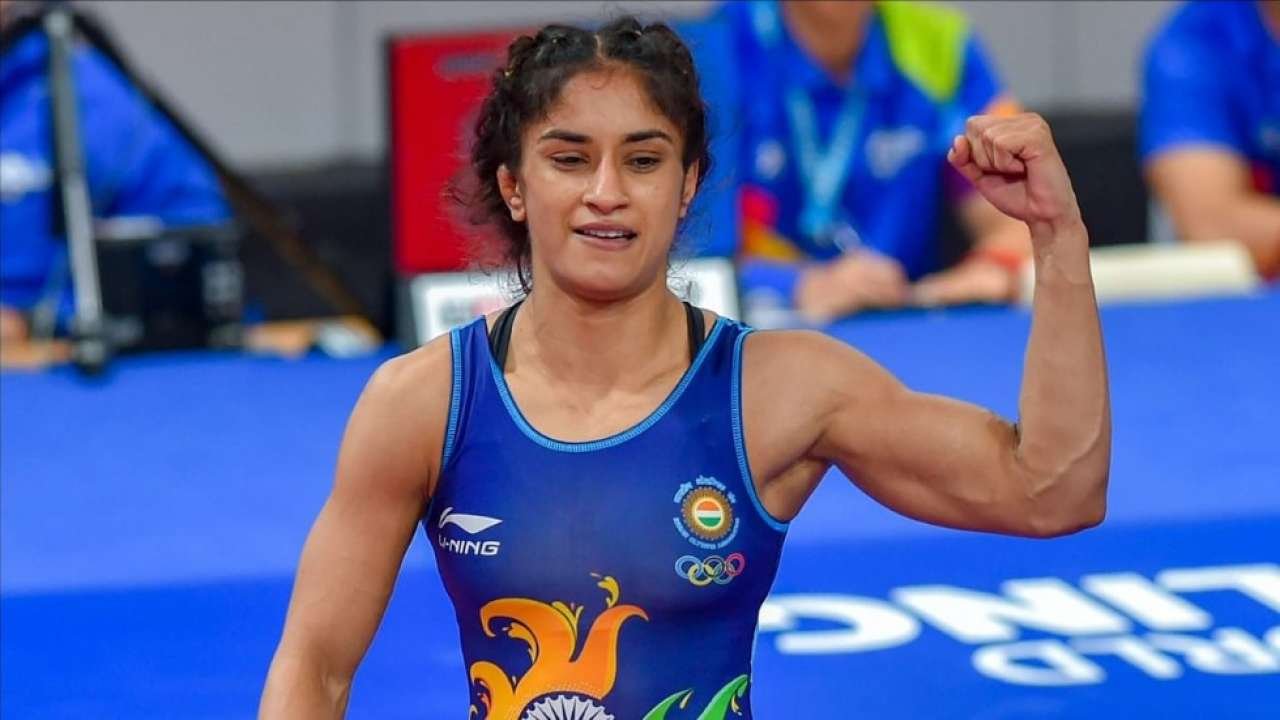 Vinesh Phogat is temporarily banned by the Indian Wrestling Federation. The 53-kg freestyle grappler has until the end of the week to answer. Because of her prominence, WFI president Brij Bhushan Singh confesses that previous violations were overlooked. Vinesh lost by ‘fall’ to Vanesa Kaladzinskaya of Belarus in the Olympic quarterfinals. The Indian had beaten the identical opponent just a few months before to this loss. She took bronze in the World Championships in 2019 and gold in the Asian Games in 2018.

Vinesh Phogat has been temporarily banned by the Wrestling Federation of India, which has issued three “charges” against the 53-kg freestyle grappler and has given her till the end of this week to react.

“The first accusation is that she refused to remain with the Indian team (during the Tokyo Olympics). The second claim was that she refused to practice with the Indian squad, according to WFI president Brij Bhushan Singh, who spoke to The Indian Express. “Another complaint leveled against her is that she did not wear the official Indian Olympic Association singlet. Instead, she donned her sponsor Nike’s singlet. She wasn’t meant to be wearing it.”

When questioned if this was the first time the federation had a problem with Vinesh, Singh admitted that previous violations were overlooked due to the athlete’s stature.

“She would be unable to compete in any national or another domestic event until she submits a response and the WFI makes a final decision,” a WFI source told PTI.

Vinesh was with the Indian wrestling team in Bulgaria, Poland, and Estonia near her training cycle. She then traveled to Hungary for 15 days with her instructor, Woller Akos, on the final phase before arriving in Tokyo.

This was done to bypass the seven days of daily Covid-19 testing that Indian athletes had to go through before they could go for Tokyo. The Indian Sports Authority encouraged foreign-based athletes to fly directly to Tokyo from wherever they were training. Mirabai Chanu, a weightlifter, was another athlete who traveled now from the United States to Tokyo.

The other side of the story

While Vinesh was not with the Indian squad in Tokyo, she was present in the Games Village and followed the itinerary set to her. There is no rule requiring her to train alongside her teammates. Her wearing a Nike singlet rather than the official Olympics-approved singlet, on the other hand, constituted a breach of contract.

On the other hand, the federation only provided one physiotherapist to the men’s and women’s teams in Tokyo. Vinesh’s plea for her regular physiotherapist, Poornima R Ngomdir, was denied. It was this choice that drove the wrestler to express his displeasure on social media publicly.

“Is it illegal to request one physiotherapist for four female wrestlers when one athlete has numerous coaches/staff? “Where is the equilibrium?” Phogat was posted on July 22, one day before the Games began. A physiotherapist is essential for recovering after matches and the exhausting weight cuts that are a part of the sport. When the WFI finalized the list of support workers, her request for a physiotherapist was denied.

Vinesh was knocked out of the Olympics in the quarterfinals by Vanesa Kaladzinskaya of Belarus. The Indian had beaten the same opponent by ‘fall’ just a few months before. This performance was part of a streak in which Vinesh won numerous competitions in 2021, earning her the top seeding in the 53-kg wrestling division for the Olympics. She won bronze at the World Championships in 2019, gold at the Asian Games in 2018, and is a two-time Commonwealth Games winner.

@ArunKrishnan_ Vineesh Phogat is still there to fetch us a gold. Don’t lose hope

@PradeepKrish_m 💯💯💯 Had huge hopes on Amit Panghal and Vineesh Phogat but both flopped along with our Shooters …H… https://t.co/bzYiKjn5EL

@newsshakes What a TREMENDOUS start by Vineesh Phogat to beat the Bronze Medallist of 2016 and move into the Q/F of… https://t.co/Hj6agHgxPi

@PhogatRitu When is vineesh Phogat match?