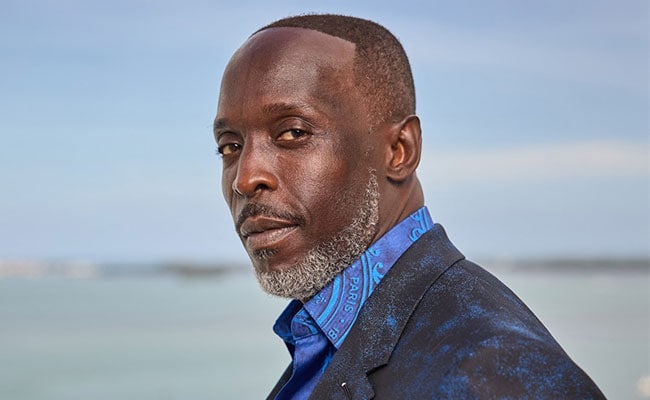 On “The Wire,” Michael K. Williams portrayed Omar Little. In addition to “Boardwalk Empire,” he appeared in “12 Years a Slave.” For his role in HBO’s “Lovecraft Country,” he is nominated for an Emmy. A probable drug overdose is being investigated as a cause of death. “Among the best performances tv and film has ever seen,” actor John Cusack says.

“I’m too gutted right now to say everything that needs to be said,” David Simon says. In recent years, he had battled drug addiction. Williams was working on a documentary about ex-offenders’ reintegration into society after they were released from prison.

Michael K. Williams, who played rogue robber of drug traffickers Omar Little on “The Wire,” produced one of the most beloved and iconic characters in television history, passed away on Monday.

Williams was discovered dead in his Brooklyn penthouse apartment by family members on Monday afternoon, according to New York City police. He was 54 years old at the time.

Also read | Sign up for our monthly film newsletter, ‘First Day First Show,’ in your email. You can sign up for a free subscription here.

Little, a “stick-up guy” modeled on real-life Baltimore personalities, was possibly the most popular character among fans of HBO’s “The Wire,” which aired from 2002 to 2008 and is still being re-watched on demand.

For more than two decades, Williams worked as a character actor in numerous shows and films, including as Chalky White in HBO’s “Boardwalk Empire” from 2010 to 2014, as well as roles in “12 Years a Slave” and “Assassin’s Creed.” For his role in HBO’s “Lovecraft Country,” he is nominated for an Emmy. His first win in four nominations would come at the Sept. 19 ceremony.

As Little, he portrayed a hardened criminal with a rigorous moral code who profited from a reputation for toughness that wasn’t necessarily earned.

Before getting the job, Williams had worked in small TV appearances and as a backup dancer for hip-hop artists, and he admitted that his notoriety began to follow him in real life.

In 2016, he informed Stephen Colbert on “The Late Show” that “the role of Omar thrusted me into the limelight.” “As a kid, I had really poor self-esteem, a strong need to be accepted, and I was a corny kid from the projects. So suddenly, I’m like, Omar, yo, I’m getting respect from individuals who would have definitely taken my lunch money when I was a kid.”

To ominously signal his presence, the character would whistle the melody familiar to American children as “The Farmer in the Dell” and to British children as “A Hunting We Will Go,” with smoke from his cigarette often rising into the darkness.

He also delivered some of the show’s most memorable lines, such as “a man’s gotta have a code” and “all in the game yo, all in the game.”

In addition, as an openly gay guy whose sexuality was not fundamental to his role, the character made television history.

From 2002 to 2008, Williams starred in all five seasons of “The Wire,” with his character becoming more prominent with each season.

Williams claimed most people who encountered him on the street called him “Omar” because of his characteristic scar that ran the length of his face, but he never looked like the character.

With a laugh, he informed Colbert, “I could never be Omar.” “I lacked the balls that dude possessed.”

Many of his “Wire” co-stars, as well as others, paid tribute to him on Monday afternoon.

Wendell Pierce, who portrayed Detective William “Bunk” Moreland and had many memorable interactions with Williams, said on Twitter, “The depth of my love for this brother can only be matched by the depth of my sadness learning of his loss.” “A really gifted man with the ability to convey the human condition via the lives of those whose humanity is rarely raised until he sings their truth.”

On Twitter, David Simon, the show’s creator and Williams’ character, said he was “too sad right now to say all that needed to be said.” Michael was a wonderful man with a unique gift, and he always deserved the highest praise during our time together. And those words aren’t coming today.”

Williams was “one of the kindest brothers on the planet with the largest heart,” according to Isiah Whitlock Jr., who played sleazy politician Clay Davis on “The Wire.” An wonderful actor with a beautiful soul.”

“Among the best performances tv and film has ever seen,” actor John Cusack tweeted on his portrayal of Little.

Williams was born in Brooklyn in 1966, the son of a Nassau, Bahamas-born mother and a South Carolina-born father. He attended George Westinghouse Career and Technical Education High School in East Flatbush, Brooklyn, where he was raised.

His earliest efforts into the entertainment industry were as a dancer for Missy Elliot, Ginuwine, Crystal Waters, and Technotronic, among others.

In 2018, he told The Associated Press, “I was upset and I had a lot of energy.” “It was a wonderful outlet. I wasn’t the finest dancer by a by shot, but I was unquestionably the most enthusiastic. I’ve always been a high-energy person. You could always tell if I was in sync with the other men or not.”

Williams had been collaborating with a New Jersey nonprofit to make it easier for former inmates to reintegrate into society, and he was working on a documentary about it.

In a 2020 Associated Press report, he talked about his difficult childhood and stated he fought with drug addiction, which he had previously discussed openly in interviews.

He explained, “This Hollywood stuff you see me in, I’m going through.” “Because I believe this is where my passion and purpose should be,” she says.

RT @NifMuhammad: Michael K. Williams & I once shared a conversation at some party thing I didn’t fit in or feel good at. He sat down in a c…

RT @Battlefield: Today we mourn the tragic loss of Michael K. Williams. His performances second only to his incredible presence. Our though…

RT @chuuzus: Michael K. Williams talking to different versions of himself on getting typecast as a black man. https://t.co/uRowCxU4Tf

New post: How Michael K. Williams Made Omar Little His Own on ‘The Wire’ 7 Settembre 2021 https://t.co/f6xJ2wzqNR

RT @AuxGod_: One of Michael K. Williams best scenes as Omar Little from The Wire 🐐 https://t.co/sIk7fK4m4I

RT @MarlowNYC: my favorite interview with michael k. williams was on latifah’s show (they’ve been friends since they were 17) and he discus…