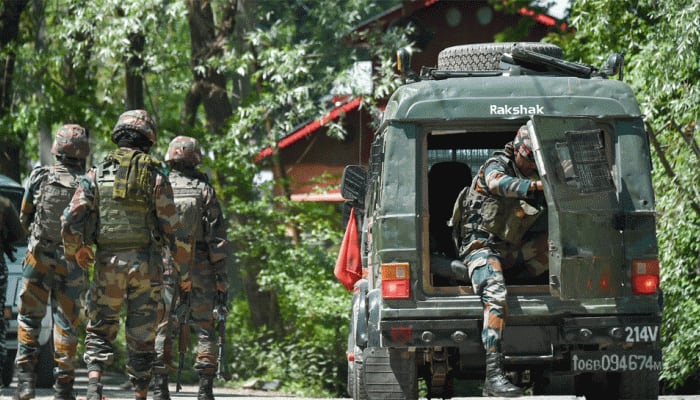 In a rare incident, two terrorists surrendered after their households were given the encounter site in Baramulla district of Jammu and Kashmir, said IGP Kashmir Vijay Kumar on Thursday. After the freshly recruited terrorists were encircled by security forces in the Tujjar area of Sopore town, they surrendered.

The Al-Badr terrorists have been recognized as Abid and Mehraj. A joint operation was released by the Jammu and Kashmir Police and the Indian Army after receiving a tip-off.

The Jammu and Kashmir Cops brought their families to the encounter website to persuade them to surrender, and ultimately they surrendered before the security forces.

In a comparable event, on October 13, it was reported that an SPO had actually decamped with 2 AK47. The same day Jahangir Ahmad Bhat from Chadoora went missing. The family was trying to trace him. In a joint operation on October 16, early morning, he was cornered. As per protocol, the Indian Army encouraged the individual to surrender, and he surrendered.

The father of the man was at the site, and the impact of the efforts to make the youth return from the violence showed up. Indian Army continues to make efforts to prevent fear recruitment, and in the case of youth, joining fear is supplied with the alternative to come back.

In this effort, increasing assistance from civil society, including video messages by moms and dads and family interesting the youth to come back, shows really reliable.

The increased social effort is a great indication, and it helps reduce local horror recruitment in the coming days.

Indian Army has renewed focus on efforts to provide alternatives to misguided Kashmiri youth, who signed up with terrorism, to shun the course of violence. The families and civil society are likewise part of this effort.