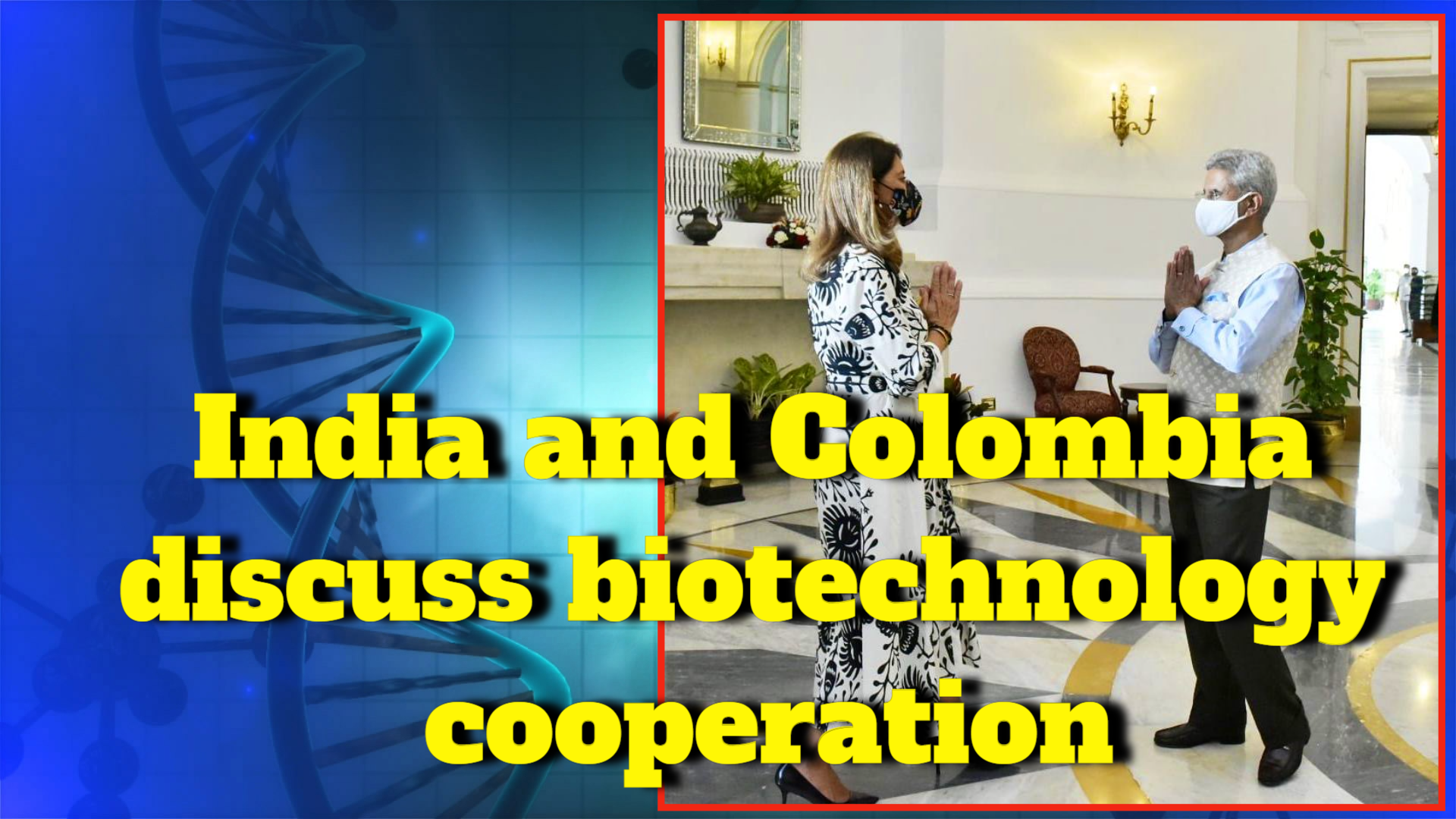 There was discussion between India and Colombia about potential biotechnology collaboration. Vaccines, biosimilars, and medical devices all indicated signs of interest from the latter. It’s proposed that the Indian and Colombian ministries sign a Letter of Intent.

India and Colombia discussed the possibility of scientific cooperation in the biotechnology industry, with the latter indicating a desire to join forces in the vaccine, biosimilar, and medical device sectors.

Colombian Vice-President and Foreign Affairs Minister Marta Lucia Ramirez de Rincn led a high-level team to the Department of Biotechnology, where they met with an Indian delegation led by DBT Secretary Renu Swarup.

A sustainable biotechnology ecosystem is something Rincn is excited to work on with the health and biotechnology sectors, which she called important priority areas of common interest.

According to a statement from the Science and Technology ministry, there was a reciprocal exchange of views on potential areas of scientific cooperation in the biotechnology sector.

As a first step, a Letter of Intent is being considered for execution between the Indian and Colombian Ministries of Science, Technology and Innovation in order to formally formalize the cooperation.

Ishwarup stated: “By 2025, the Indian Biotechnology industry hopes to generate a USD150 billion bioeconomy. Be on the lookout for opportunities for bilateral cooperation in scientific fields of shared interest.”

Sergio Cristancho, Colombia’s Vice-Minister of Science, Technology and Innovation, lauded India’s achievements in the S&T sector over the last few decades, saying that his country hoped to replicate Indian models of knowledge generation and innovation and was looking forward to creating long-term collaborative projects with the country.

DBT and DST Secretary Swarup expressed her hope that the bilateral collaboration may be pushed to the next level in areas of common scientific interest by this visit.

According to Swarup, biotechnology is one of the fastest-growing sectors, with the Indian Biotechnology industry aiming to reach a USD150 billion bio-economy by 2025.

Earlier in the conference, an overview of the range of activities sponsored by DST and DBT in the life sciences sector was delivered, as well as the work of BIRAC (the Biotechnology Industry Research Assistance Council) in nurturing the biotechnology start-up and innovation ecosystem.

Delighted to meet VP & FM of Colombia @mluciaramirez in India, after my productive visit to Colombia last month. Exchanged ideas for bilateral cooperation on diverse areas including in health, S&T, women entrepreneurship, space, yoga, culture and in multilateral fora. pic.twitter.com/rW7k2TjcqX