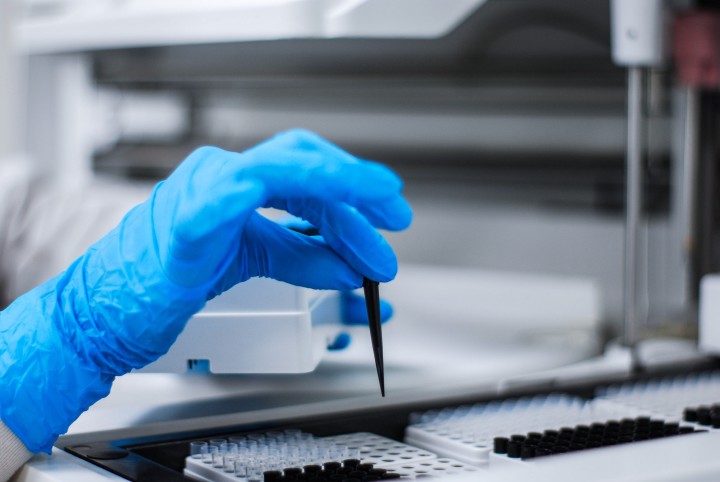 Covid’s black fungus outbreak – Another rare infection is spreading its roots in India. At least 40 cases of this so-called black fungus called mucormycosis have been reported from Gujarat surat and several other places.

The fungus that causes mucormycosis, Rhizopus, is a canker-like fungus that often attacks the mucous membranes of the sinuses, lungs, gastrointestinal tract, and skin. It is found worldwide and is especially prevalent during warm, moist conditions.

Let’s find out what mucormycosis or black fungus is all about and who’s more vulnerable. It is called black fungus, and this infection is back, which has seen mucormycosis cases earlier and reported a surge in this fungal infection once again. Last year this deadly infection caused high mortality, with many patients suffering from loss of eyesight, removal of the nose and jawbone. This infection is seen in patients who have recovered from covid19.

Mucormycosis is a potentially life threatening disease that can develop in those with a weakened immune system, which is often caused by treatment for transplant recipients, cancer patients, covid patients, those with HIV/AIDS, or those that have had a stroke or organ transplant. It is a rare disease and there are different types of Mucormycosis which can affect different parts of the body. Treatment is usually given with antifungal medicines; however, some cases may need to be treated with surgery to prevent further spread.

Major signs and symptoms of this micro mycosis – Kind of a fungal infection is the swelling around the face, mainly in the paranasal region, along with that orbital swelling, eye swelling, discharge from the nose. These kinds of features have been seen. Many covid patients have diabetes as comorbidity, which could be one reason for this rise in black fungus. Infection once again covid patients with weak immunity are more prone to this deadly infection. Doctors say the infection is worse this time around.

At least 40 cases of black fungus have been reported from surat in Gujarat. Among those who have recovered from covid 19. Of the 48 who have lost their eyesight, the number of such cases has increased as Gujarat sees an exponential rise in coronavirus infections. Treatment is available for the infection triggered by covid 19. But if left untreated or if the treatment is delayed, the condition can lead to the loss of vision. And in some cases, increase mortality.

The general symptoms of black fungus

The u.s center for disease control or CDC says that black fungus is rare, but it’s serious. There may be an association between steroid use in treating Coronavirus and the increase in black fungus cases and diabetes in many Coronavirus patients.

Mucormycosis looks to disturb the images of people suffering from it. We need to understand precisely what we are dealing with here, and the number of cases is increasing.

The broad causes for black fungus

People who are immunocompromised can also possibly be at risk of getting something like this. It is a disease that has been seen in small numbers in Gujarat and elsewhere in the country, which is why there is so much curiosity about it.

Number of cases that have popped up among covid patients who are either still covid positive or have just recovered.

What are the causes of this black fungus

So, you have to take them from a certified source. So, these are all the causes and if we understand these causes.

You also need to pick it up early. It could be a killer disease. You could lose vision or even life or of course one of the bones in the oral cavity.

How to detect and treat it early.

If it goes into the brain through the nasal cavity in the sinuses then you can have neurological symptoms.

Those are warning signs that you must consult an specialist or a dentist or an ophthalmologist that’s an eye doctor or sometimes a neurodoctor.

What the possible neurological effects of this black fungus

Black fungus usually starts from the nasal cavity and paranasal sinuses. And as we know, the brain is just separated from the nasal sinuses and nasal cavity by a thin bone and mucosa. So, if this fungus is very invasive, particularly in immunocompromised patients, this enters into the brain, and it causes mass brain inflammation. As the brain is in a closed cavity, so there is first there is a headache there can be irritation of the brain that can lead to the scissor which is fit there can be like frontal lobe involvement, there can be forgetfulness, there can be a personality disorder, or like the nerve from the optical eyes, they are just lying, underneath of the brain yes as well as the knob of the smell. So smell power will completely disappear, and the eye’s vision can be temporary.

All if not treated permanently lost, so this is something, which is seen in the brain, and we have seen even the deadly form of brain fungal infection. In the form of brain ashes formation, in which a large part of the brain is affected. That requires surgical debridement as well as medical treatment.

If not treated in time or not detected in time, the effects on someone can be horrible. It should be detected early, especially when it is confined to just only sinuses. That is the right time to detect it to achieve better outcomes. Once it spreads to orbit or says CNS involvement, so cerebral involvement brain involvement is there, then the outcomes are inferior. Mortality rates are very high amongst the brain.

How to prevent yourself from Black fungus

World Laughter Day 2021 Date, Significance, History, And How To Celebrate