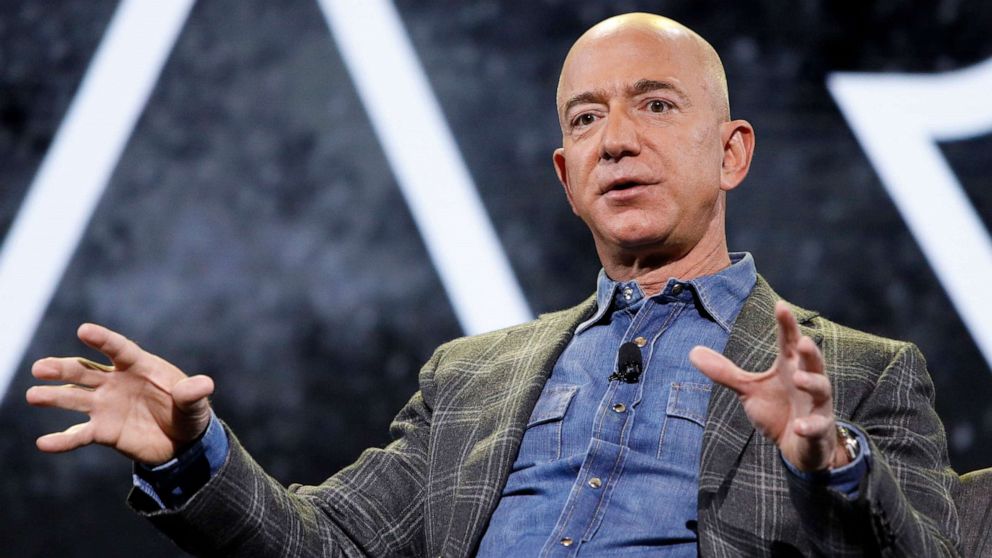 Jeff Bezos, the billionaire founder of Amazon, announced that he would fly with his brother Mark in the first crewed space flight from Blue Origin next month.

In an Instagram post, one of the wealthiest people in the world, Jeff Bezos, shared that he has dreamed of traveling to space ever since he was five years old. “On July 20, I will travel to space with my brother,” he wrote.

On July 5, Bezos is set to step down as the CEO of Amazon and will join an auction winner for a space flight from Blue Origin.

Bezos is the first of three billionaires with rocket startups to travel into space on his rocket, competing against fellow billionaires Elon Musk and Richard Branson.

The Blue Origin spacecraft, which is expected to carry Bezos and others, has been tested 15 times, but none carried passengers.

During the first round of the auction, Blue Origin received over 5,200 bids from 136 countries without disclosing the highest bid.

According to Blue Origin’s website, the current highest bid is $2.8 million in the ongoing second round of the auction.

The company’s New Shepard rocket-and-capsule combo is designed to autonomously carry six passengers into suborbital space 62 miles (100 km) above the planet, high enough so that passengers will feel some weightlessness and can observe Earth’s curvature.

Blue Origin said the capsule includes six observation windows, each nearly three times as tall as those on a Boeing 747 jetliner, and is the largest ever used in space.

Amazon’s rocket startup aims to launch its first suborbital trip on July 20, a milestone toward ushering in commercial space travel for private companies.

Based on an assessment of rival plans from Branson’s Virgin Galactic Holdings Inc and other factors, Reuters reported in 2018 that the startup planned to charge passengers at least $200,000 for the ride, but its thinking may have changed since then.

The global insurance industry is still in its infancy when it comes to covering space travel liabilities. Space tourism is not covered or asked about by life insurance companies.

“You will sign this waiver of liability and provided there’s no gross negligence or willful misconduct, if you don’t survive, unfortunately, there’s probably no financial recovery,” Assure Space CEO Richard Parker said.

RT @saranormous: jeff bezos being in ship #1 is about as ballsy as it gets

RT @funder: Oh boy Jeff Bezos is headed to space no one cares pay your workers and taxes.

RT @cmclymer: Jeff Bezos and Elon Musk are out here spending billions, and yet, the only one successfully defying gravity is Simone Biles.
Louis Vuitton owner Bernard Arnault overthrows Jeff Bezos to become the richest man on earth
As the owner of over 70 brands, Bernard Arnault includes Louis Vuitton and Sephora. Christian Dior, which
Bill Gates and Melinda Gates are splitting up after 27 years
Bill Gates, founder and previous CEO of Microsoft, and his other half, Melinda French Gates, stated on Twitter