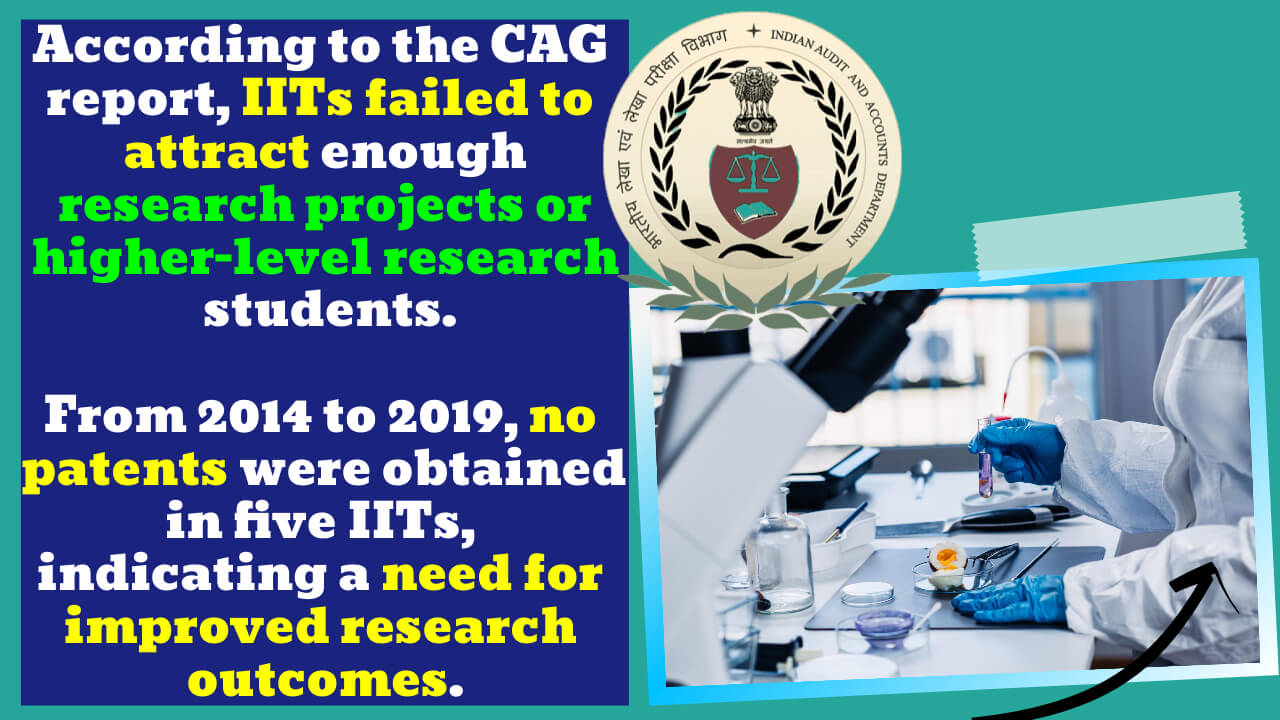 It took three years for IIT Hyderabad to use available Japan International Cooperation Agency (JICA) loan funds. According to an Indian Institute of Information Technology (IIT) report, the benefits of education at premier technical institutes are not reaching students from reserved categories.

The Comptroller and Auditor General (CAG) said that all eight Indian Institutes of Technology (IITs) couldn’t get enough non-government-funded research projects, get land for facilities for students, or get students to do more research.

IIT Hyderabad had a three-year delay in using funds from the Japan International Cooperation Agency (JICA) loan. This meant that the intended goal of advancing academic and research activities on the campus was not met, said a report in Parliament on December 21.

A decade after the Indian Institutes of Technology (IITs) were set up; there were still problems with allotment and land transfer. IITs couldn’t provide planned facilities to students because they didn’t have enough land.

The report said that non-government-funded projects made up between 3.5% and 14.31% of project funds. Many patents were filed at five IITs between 2014 and 2019, but no patents were granted. This shows that more needs to be done to make research more effective, the report said.

While the Education Ministry had hoped that each IIT would have a Research and Technology Development Council in its governing structure, it was found that many IITs were still in the early stages of setting up the Councils, which was slowing down the pace of research and development in them.

According to the report, the eight IITs didn’t meet their infrastructure development goals on time. This, along with the timely installation of equipment and proper fund management, affected the number of students who came to the IITs.

Vacancies were found in PG and Ph.D. programs at all eight IITs, which shows that these programs need to be realistically assessed and evaluated to attract the right students.

There were also not enough students from reserved groups (SC/ST/OBC) in the PG and Ph.D. programs at all eight IITs, which shows that the benefits of education at top technical schools aren’t reaching these students.

Atal rankings for innovation rank IIT-M, IIT-B, and IIT-D as the top three
This year, 1438 Institutes are taking part, almost double the number from the last time. IITs took the lead
Suzuki, Japan, has Joined IIT-H for its Autonomous Vehicle Innovation Center
Suzuki Corporation of Japan has decided to set up its Innovation Center at IIT-H. This will be the first one
IIT Madras researchers reveal the critical role of oxygen stoichiometry in water splitting
Producing hydrogen as an energy source could meet most global energy demands. Much research has gone into
Japanese AI research institute and IIT Hyderabad has renewed their MoU for AI research
The Indian Institute of Technology (IIT) Hyderabad and Japan’s National Institute of Advanced Industrial
IIT Delhi and IIIT Delhi had invited professors to collaborate on research
A joint project between IIT Delhi and IIIT Delhi that faculty members from both schools were asked to work on
IIT Delhi Research Group developed a strategy for chemotherapy that utilizes RBC membranes
Researchers Group at IIT Delhi has developed a new way to use the Red Blood Cell membrane (RBC membrane) for
IIT-Kanpur Research Team predicts when the third COVID-19 wave may peak in India
According to a modeling study, India may be at its peak by February 3, 2022. The third wave of the COVID-19
Researchers at IIT Guwahati have developed low-cost perovskite solar cells with 20% efficiency
IIT Guwahati researchers have developed a low-cost perovskite solar cell. The developed devices have a power