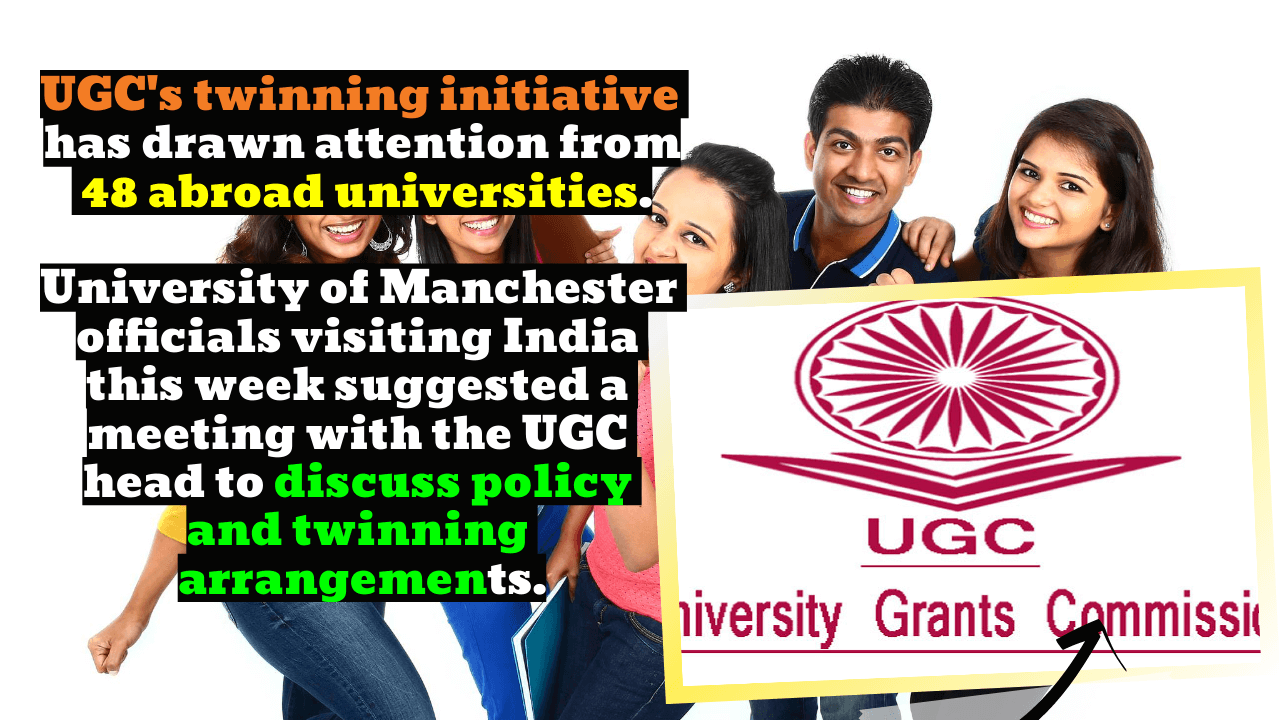 Indian universities can work with their counterparts in other countries to offer joint, twinning, or dual degrees. The UGC announced the rules for this. Next week, the chairperson, Jagadesh Kumar, will meet with ambassadors, starting with one from Australia, to talk more about possible partnerships and twinned relationships.

Forty-eight universities from other countries were interested in UGC’s twinning program. Forty-eight foreign universities responded to the University Grants Commission’s (UGC) new rules and guidelines for twinning, joint degree, and dual degree programs between Indian and foreign universities. This helped the government’s efforts to make Indian higher education more open to the world.

The University of Glasgow, which is in Scotland, wanted to talk about the possibility of academic collaboration. In Australia, Deakin University told India’s higher education regulator that the National Education Policy (NEP) 2020 is a forward-thinking policy that would help the university make new connections with Indian institutions. When UGC reached out to higher education institutions, many of them said they were interested in setting up satellite campuses in India.

Queensland University, Australia, is meeting with UGC officials in August to talk about the possibility of working together. UGC sources say that a French university has agreed to set up a satellite center in India soon. In its response to UGC, the University of Tokyo said that the proposal is interesting and shouldn’t just be limited to it. Instead, it should be something that all universities and institutions in Japan are interested in.

The University of Cambridge also wrote to UGC to say that it has been following the “NEP with great interest” and is looking for new partnerships along with the ones it already has.

The head of the UGC, Jagadesh Kumar, will meet with ambassadors, starting with one from Australia next week, to continue the talks. “Recently, the prime ministers of India and Australia have talked a lot. “One of the important things to talk about is education,” said Kumar.

Bangor University, which is in Wales, said that now is a good time for more partnerships. SOAS University of London said that it looks forward to working with other groups in line with the new rules. While University of Manchester officials were in India this week, they asked to meet with the head of the UGC “to talk about UGC policy and support for twinning arrangements.”

Universitat Jena in Germany and Durban University of Technology in South Africa, among other places, gave similar answers.