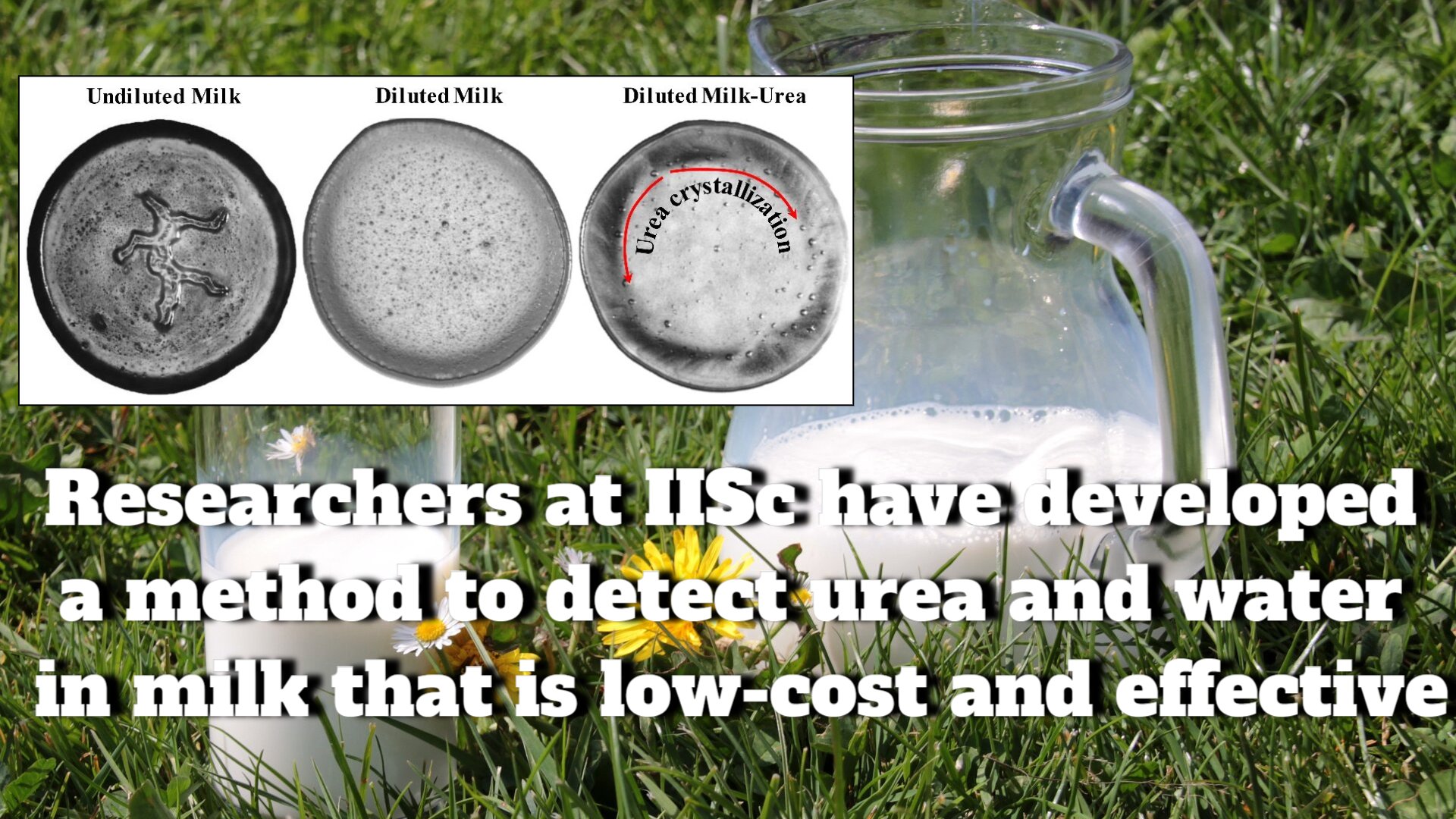 Non-toxic nanomaterial security ink has been produced by Indian scientists that emit light on its own. Counterfeiters commonly utilize covert tags made of luminescent ink. Because fluorides are less stable and poisonous, most security inks on the market now use them. Luminescent security ink produced by the researcher utilizes nanomaterials doped with Gd1-xBixPO4 and doped with lanthanide ions (Ln3+). The ink’s downshifting luminescence color is extremely dependent on the excitation wavelength, making the covert tag challenging to read.

Milk is routinely tainted with chemicals and water by dishonest suppliers, endangering the health of consumers. Nevertheless, the evaporation pattern of milk can be used to determine the quality of the liquid.

Indian Institute of Science (IISc) Bengaluru researchers have developed a “low-cost and effective method” for detecting the presence of urea and water in milk by analyzing deposition patterns after evaporation. According to ACS Omega, their findings were peer-reviewed.

When a liquid mixture like milk completely evaporates, the volatile components dissipate and the solids or non-volatile components arrange themselves in distinct patterns, which the researchers studied to determine the presence of adulterants.

The use of urea removes all traces of the original pattern. According to the study due to its nonvolatility, it does not evaporate but rather crystallizes from the milk drop’s interior to its periphery.

You can do it anywhere. Researcher Virkeshwar Kumar says the method does not necessitate the use of a laboratory or any other special processes, and it can be easily adapted for use even in remote and rural areas. He created the method with the assistance of IISc assistant professor Susmita Dash, who works in the department of mechanical engineering.

To test for adulterants in other beverages and products, the researchers plan on using this technique. According to Susmita Dash in the press release, “the pattern you get is highly sensitive to what is added to it. The method may be useful for detecting impurities in volatile liquids, according to the researcher. Using this method for products like honey, which is frequently adulterated, will be interesting.

Standardizing the patterns for all adulterants and their combination allows them to be fed into image analysis software, which can then compare a photo of the sample”s evaporative pattern with other standard patterns to accurately detect the adulterants present.

As Susmita Dash explained, “the next step is to test for a variety of other adulterants, such as oil and detergents that form an emulsion that resembles milk”.

Researchers from @iiscbangalore have developed a low-cost and effective method to detect adulterants in milk, by analysing deposition patterns after evaporation; Used it to test for urea and water but say it can extended to other adulterants.

IIIT-Bhagalpur developed COVZN to detect Covid-19 at a low cost
COVZN was developed by llIT-Bhagalpur to detect Covid-19, tuberculosis, and other life-threatening chest
IIT Kanpur super-specialty hospital will be built on its campus with JK Cement.
Cooperation between India and Sweden in the energy industry will contribute to the country’s objective of
The SEBA and IIIT announce a collaboration to publish computer science school books
The Indian Institute of Information Technology (IIIT) and the Board of Secondary Education (SEBA) worked
To support cutting-edge technologies, IIT-Madras will launch an industry consortium
A business collaboration will assist cutting-edge technology through information resources. Member industries
Researchers at IIT Guwahati have developed cheaper alternatives to make hydrogen from water
Using sunlight to separate Hydrogen and Oxygen from water, researchers at India’s IIT Guwahati have found
Home Minister Amit Shah will open a research centre today at IIT Jammu
Amit Shah is currently in Jammu & Kashmir on a three-day visit to the state’s capital city. As part of
Tata Power and IIT-Delhi will work together on clean energy projects from the R&D to the pilot stage
Tata Power and IIT-Delhi have signed an agreement to collaborate on sustainable energy and other initiatives
Two new funds from IIT-Delhi will assist over 100 students
According to the university, the Endowment Board of the Indian Institute of Technology-Delhi (IIT-D) has