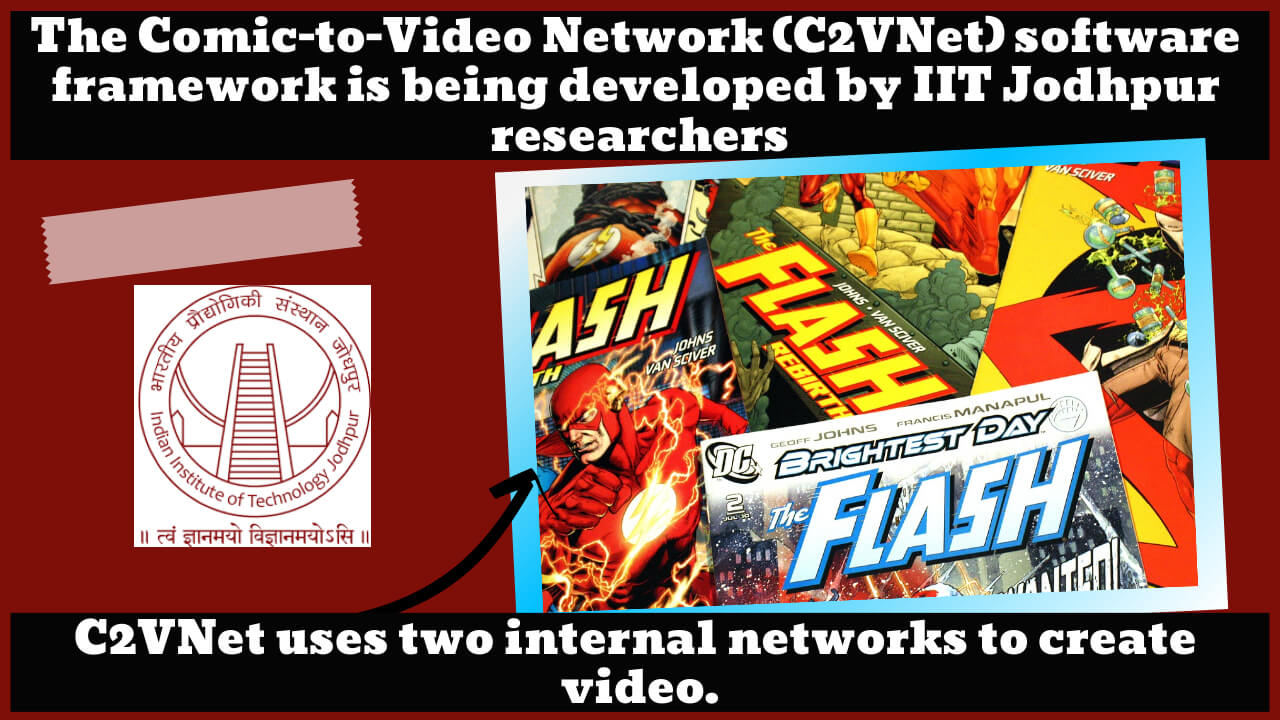 The Indian Institute of Technology (IIT-Jodhpur) researchers are developing a software framework, Comic-to-Video Network (C2VNet), to convert digitised comics to video. The researchers of Digital Humanities contribute to a composite of approaches methods rather than different approaches, emphasizing preserving, reconstructing, transmitting, and interpreting human records historically and contemporaneously.

According to IIT Jodhpur, “The C2VNet evolves panel-by-panel in a comic strip and eventually produces a full-length video (with audio) of a digitised or born-digital storybook. The goal was to design and develop software that takes a born-digital or digitised comic book as input and produces an audio-visual animated movie from it.”

The researchers have proposed a dataset titled “IMCDB: Indian Mythological Comic Dataset of Digitised Indian Comic Storybook” in the English language. “This has complete annotations for panels, binary masks of the text balloon, and text files for each speech balloon and narration box within a panel and plans to make the dataset publicly available,” the release mentioned.

IIIT-Hyderabad is developing an automated oral cancer screening method using a smartphone
An AI programme could classify photos of the oral cavity captured by cheap phone cameras as cancerous or
Researchers at IIT-Guwahati have developed a low-cost charcoal retort reactor
Charcoal is commonly utilized as a heating fuel in homes and businesses. While most developed countries
IIT-BHU alumnus Jay Chaudhry has donated $1 million to the IIT-BHU Foundation
The CEO of an information security company has given $1 million to the IT-BHU Foundation. Jay Chaudhry
IIT Patna Researchers are working to develop a system that will keep boiler vapor explosions at bay
Artificial Intelligence and machine learning may soon be used to make new technology for predicting and
IIT Kanpur professor says that COVID-19 third wave likely to end in April
IIT Kanpur’s professor says that the third wave of the COVID-19 pandemic will be even worse than the first
IITs failed to attract enough research projects, or higher research students: CAG report
All eight IITs failed to attract enough non-government-funded research projects or acquire land for student
Faculty positions at seven IITs are vacant in a range of 5-36%: CAG report
There were vacancies in faculty positions in seven IITs that ranged from 5% to 36%. According to a CAG