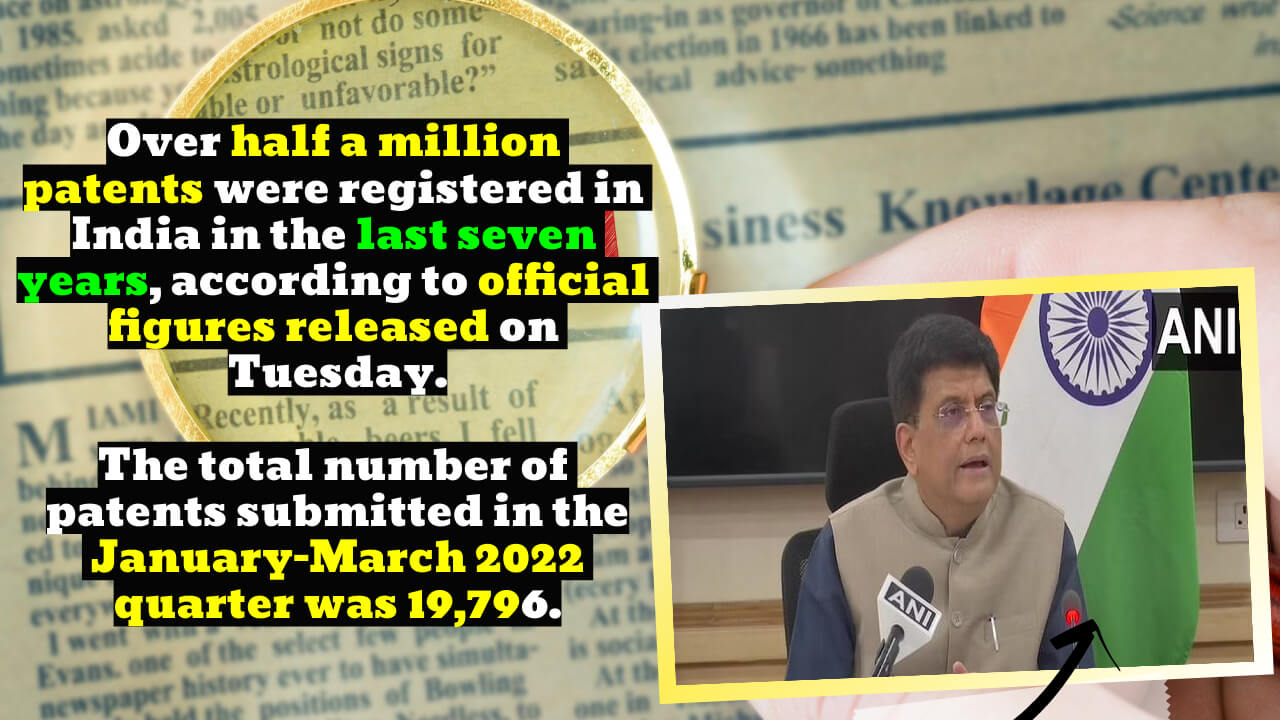 During the January-March 2022 quarter, 19,796 patents were filed. People in India filed some 10,706; people filed the rest outside of India.

The Union Commerce and Industry Minister, Piyush Goyal, said that the Department for Promotion of Industry and Internal Trade (DPIIT) and the IP office had worked together to make people more aware of intellectual property.

On the one hand, these efforts have led to a rise in the number of IPR filings, but they have also cut down on time it takes to get a patent at an IP office.

He said that the rise in patents would help India get closer to the top 25 countries on the Global Innovation Index.

Researchers at IIT Roorkee develop tiles from waste polythene bags
The Indian Institute of Technology (IIT Roorkee) and YB Scientific R&D Solutions have collaborated to
Researchers at IIT Roorkee find a molecule that targets carbapenem resistance in bacteria
Disulfiram inhibits Metallo-b-lactamase, an enzyme that neutralizes last-resort carbapenems. The study was
Technology developed by IIT Guwahati to standardize EVs for India
The Indian Institute of Technology (IIT) Guwahati has come up with a way to rate the motors and batteries of
IIT Kanpur professor develops bone regeneration technology
On Wednesday, a deal to sell the technology to a private firm was signed. The ceramic-based combination will
A team of researchers at IIT Guwahati is developing speech technologies for North Eastern languages
‘Speech Technologies for North Eastern Languages’ will be used to make speech technology tools for
Steel mill wastes are recycled by IIT Mandi into useful products
A company in Jammu and Kashmir has come up with green technology that doesn’t use much energy, electricity,
IIT Roorkee surface electromagnetic research can improve RF and microwave device capabilities, boosting satellite communication
Dr. Debidas Kundu is a faculty member at the Indian Institute of Technology, Roorkee, where he is an INSPIRE
IIT-Kanpur has developed a new approach for wastewater treatment
Using the uniform cubical nano-adsorbent is good for the environment because it can be used again. It is also