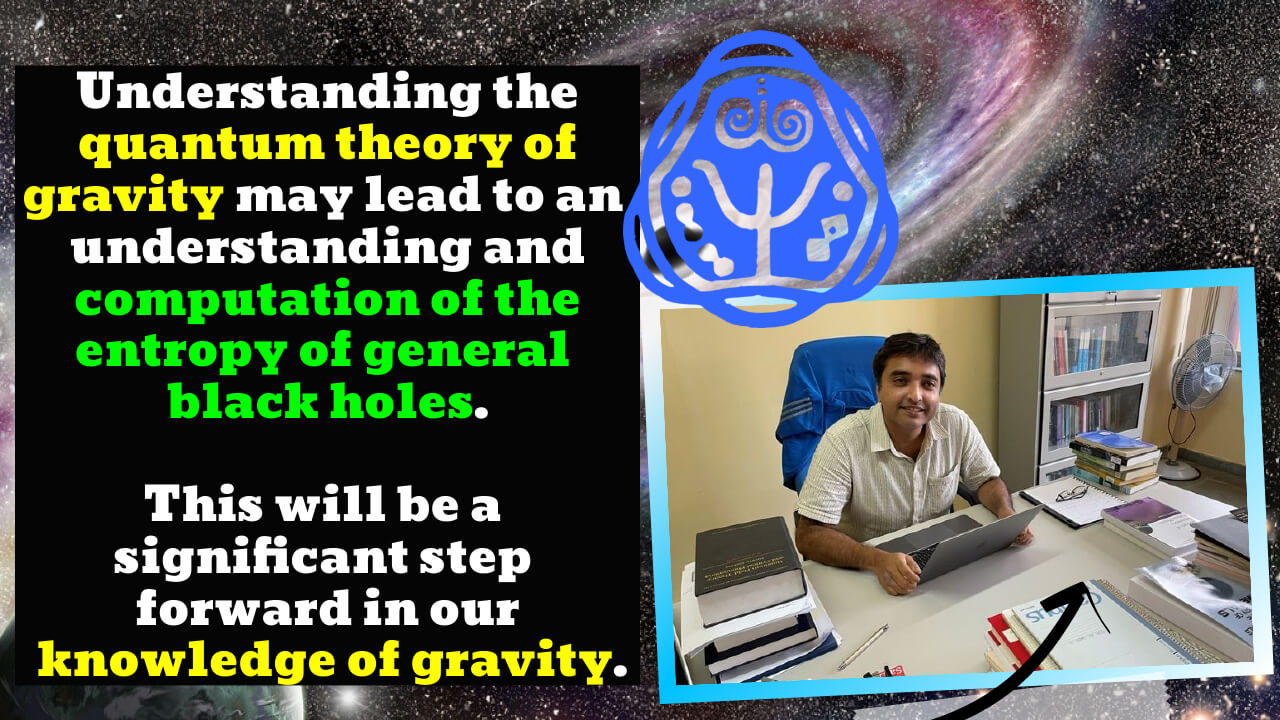 Shamik Banerjee is a theoretical physicist at the Bhubaneswar Institute of Physics (IOP). He is a SwarnaJayanti fellowship recipient for the 2020-21 academic year. Understanding quantum gravity theory may result in a better understanding of the entropy of general black holes.

An Indian theoretical physicist, Shamik Banerjee, is working at the Institute of Physics in Bhubaneswar. He is a SwarnaJayanti fellowship winner for 2020-21, and he wants to learn more about the universe’s beginnings and what happens inside of a Black Hole by unraveling the symmetries in quantum gravity.

Classical: Einstein’s general theory of relativity, which talks about gravity, is based on this type of theory. Gravitational force is very weak in everyday life, so the general theory of relativity works great and has made a lot of predictions about the big-scale structure of space that have been proven to be true. Classical gravity theory doesn’t work at very short distances, like 1035 m. The atomic nucleus is so small that it doesn’t fit in the same space as the classical theory of gravity. In this case, quantum fluctuations in the space-time geometry start to matter, so this is why.

So, we need a bigger picture. This means that a quantum theory of elementary particles can’t be combined with a classical theory of gravity because it doesn’t work well together. That means that gravity needs to be quantified, so

In the seventies, Jacob Bekenstein and Stephen Hawking found out that black holes are thermodynamic systems with temperature, entropy, and other things that make things work. But classical gravity can’t explain why black holes are so hot. If we know more about the quantum theory of gravity, we may be able to understand and calculate the entropy of general black holes’ entropy. This will be a big step forward if we can figure out how gravity works better.

IIT Mandi Researcher have discovered that the Himalayan Flower can inhibit the growth of COVID-19
The petals of ‘Himalayan Buransh’ (rhododendron arboreum) can stop the growth of COVID-19. Petals have been a
Researchers at IIT-Delhi have developed a method to minimize chemo side effects.
The technology makes the RBCs in the lab into smaller biocompatible vesicles. If you put a drug in the
IIT researchers suspect neotectonic activity was to blame for the collapse of the Konark Temple
Tectonic activity may have caused the 13th-century Konark Temple in Odisha to fall, say, researchers. It was
New directors were appointed to four IITs: IIT Delhi, IIT Madras, IIT Mandi, and IIT Indore
Biotechnologists at the only NIT in the state are working on a new, cheap, and effective way to treat
IIT-Jodhpur Researchers Develop Software Framework For Converting Digital Comics To Video
Indian researchers are making software that can convert comics into videos. An animated movie is made from a
IIIT-Hyderabad is developing an automated oral cancer screening method using a smartphone
An AI programme could classify photos of the oral cavity captured by cheap phone cameras as cancerous or
Researchers at IIT-Guwahati have developed a low-cost charcoal retort reactor
Charcoal is commonly utilized as a heating fuel in homes and businesses. While most developed countries
IIT-BHU alumnus Jay Chaudhry has donated $1 million to the IIT-BHU Foundation
The CEO of an information security company has given $1 million to the IT-BHU Foundation. Jay Chaudhry