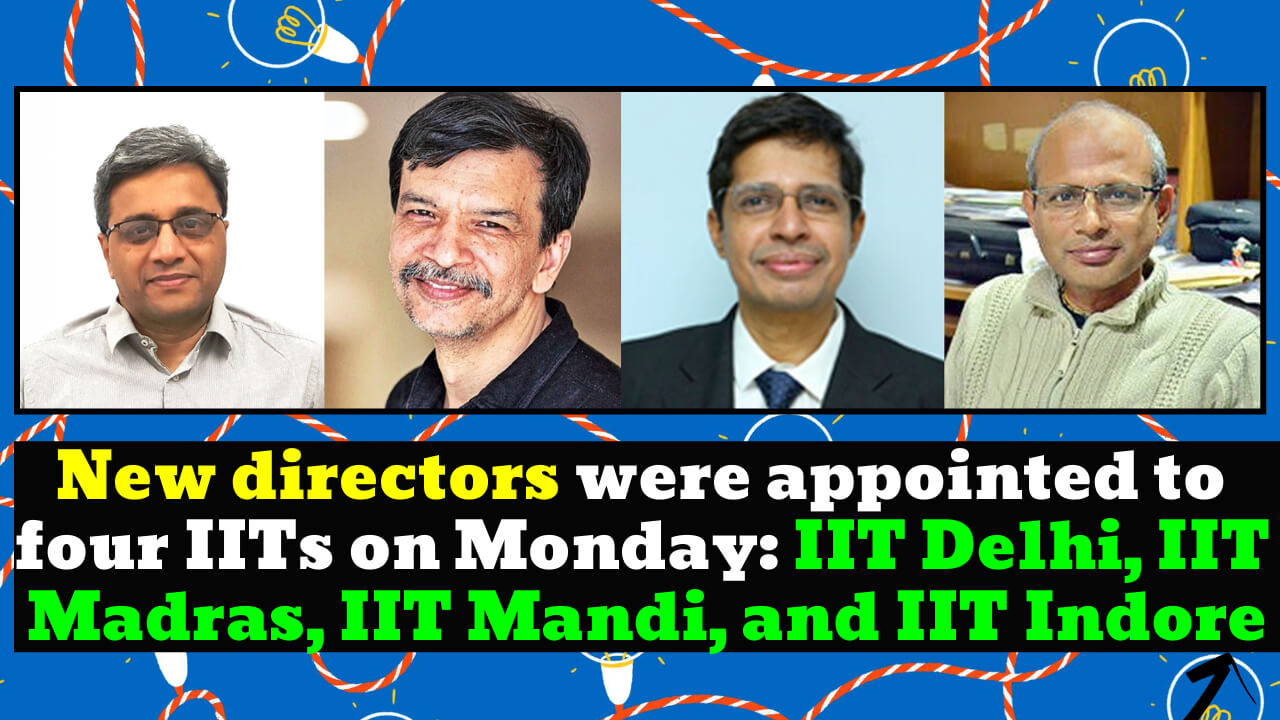 Biotechnologists at the only NIT in the state are working on a new, cheap, and effective way to treat bacterial infections. DST and the science and engineering research board (SERB) are funding the project for three years. The mission is part of that project.

Professor Rangan Banerjee is the new director of IIT Delhi. He is from IIT Bombay’s Department of Energy Sciences and Engineering, and he will be in charge of the institute’s director.

Ranjan Banerjee, a Forbes Marshall Chair Professor at IIT Bombay, holds a B.Tech (Mechanical) degree from the same institution. Later, he earned a Ph.D. in Mechanical Engineering from IIT Bombay.

“I am pleased to inform you that Prof. Rangan Banerjee of IIT Bombay’s Department of Energy Sciences & Engineering has been appointed as the next Director of IIT Delhi. Prof. Banerjee, please accept my heartfelt congratulations and best wishes. “He sent out a tweet.

IIT Madras alumnus Prof. V Kamakoti has been named its new director and will take over from Prof. Bhaskar Ramamurthi, who has been in the job for two years.

V Kamakoti, an IIT Madras alumnus, is currently the Associate Dean for Industrial Consultancy and Sponsored Research (ICSR) at IIT Madras. He also serves on the Government of India’s National Security Advisory Board.

Kamakoti, a faculty member in the Department of Computer Science and Engineering, led the research team that designed and booted up India’s first indigenously-developed microprocessor ‘SHAKTI,’ which can be used in mobile computing devices and networking systems.

“IIT Madras has spent the last two decades focusing on inter-disciplinary translational research that is relevant to our nation. We have also reached out to many students through NPTEL, Swayam, and online degree programs. With these gathered resources, our immediate focus would be on expanding the skill-set for indigenous technology development, addressing local and global needs while adhering to the objectives of the National Education Policy, “he stated.

IIT Mandi’s new director is Laxmidhar Behera, who is an electrical engineering professor at IIT Kanpur. He is now the new director of IIT Mandi.

Laxmidhar Behera, the newly appointed Director of IIT Mandi, is currently a Professor in the Department of Electrical Engineering’s Control and Automation Specialization. He directs the Intelligent Systems and Control Laboratory at IIT Kanpur, where he focuses on developing automation solutions for industrial and domestic problems.

Suhas Joshi, a mechanical engineering professor and the dean of alumni and corporate relations at IIT-Bombay, has been named the next director of IIT-Indore.

Suhas Joshi, the new Director of IIT Indore, is a Fellow of the Indian National Academy of Engineering and the National Academy of Sciences. He is interested in improving the productivity and quality of multi-scale machining processes through physics-based modeling and characterization.