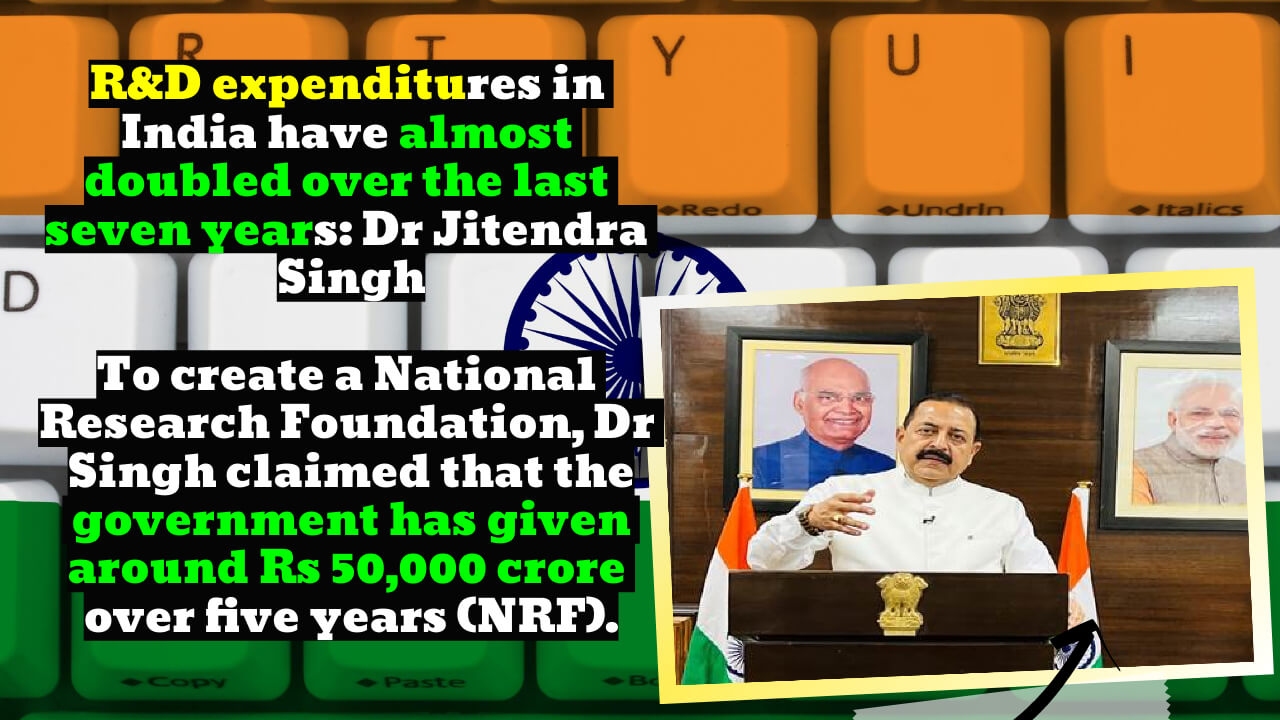 It was Dr. Jitendra Singh’s goal for the Shanghai Cooperation Organization (SCO) countries to work together to develop affordable scientific solutions to common problems.

He said that India would do everything to help with everything agreed on at the SCO Samarkand Summit. India still cares about the environment and climate change, and it has started a project called the National Hydrogen Energy Mission. India places a lot of value on the SCO when promoting multilateral cooperation. Dr. Manmohan Singh said that SCO countries could work together to develop joint S&T solutions that are good for their economies.

Union Minister of State for Science and Technology Dr. Jitendra Singh asked the Shanghai Cooperation Organization (SCO) countries to work together to develop affordable scientific solutions to common problems like making sure everyone has enough food and affordable health care and energy.

Addressing the SCO virtual meeting, Dr. Jitendra Singh said that the member countries must work together to deal with environmental problems like climate change and biodiversity loss, which are on the rise. The Minister sent his best wishes for a successful summit in the historic city of Samarkand in September 2022, when Uzbekistan will be the host country. He said that India would support and participate in all joint activities agreed to during the SCO Samarkand Summit, which will be held in Samarkand.

Prime Minister Modi told the SCO Dushanbe Summit in 2021 that the region should be a stakeholder in new technologies so that it can compete with the rest of the world. Dr. Singh said that was a good idea. It’s important to get our young people interested in science and rational thinking. He said that connecting young entrepreneurs and start-ups could help.

He said that due to a lot of research and new ideas, India has moved up to third in the NSF database. According to the Global Innovation Index (GII), the country is 46th out of the 50 most innovative countries globally. It has also ranked third in terms of the number of PhDs and the number of start-ups.

Dr. Jitendra Singh told the other Ministers that India has been working hard to become a scientific leader in new fields like quantum computing, supercomputing, and deep ocean exploration.

He said that a national program called NIDHI (National Initiative for Development and Harnessing Innovations) had been started. It looks at the whole value chain of Innovations. So that more young women are interested in STEM and there is less of a gender imbalance in science, the government has started several programs for women.

A lot of money has been spent on research and development by the government over the last seven years, said Dr Singh: in this year’s budget, we have set aside about Rs 14,800 crore for the Ministry of Science and Technology. Over the next five years, we’ll spend about Rs 50 million to set up a National Research Foundation (NRF).

Dr Singh said that as part of its commitment to environmental and climate issues, India had launched the National Hydrogen Energy Mission and many other projects to meet its commitments at COP 26. He said that India also wants to reach net-zero emissions by 2070 and meet 50% of its energy needs from renewable sources by 2030.

Minister of Science and Technology: In the future, SCO will be important because it is the most crowded market, driven by the knowledge economy, making it important to the whole world. There are many ways that countries in the SCO can work together to develop joint S&T solutions that work for their economies.

SCO has become a very important regional organization in the Eurasian space over the last two decades. India places a lot of value on the SCO when promoting multilateral cooperation in the region, and SCO needs to be a part of this process. It has about 42 percent of the world’s people, 22 percent of its land area, and 20 percent of its GDP.