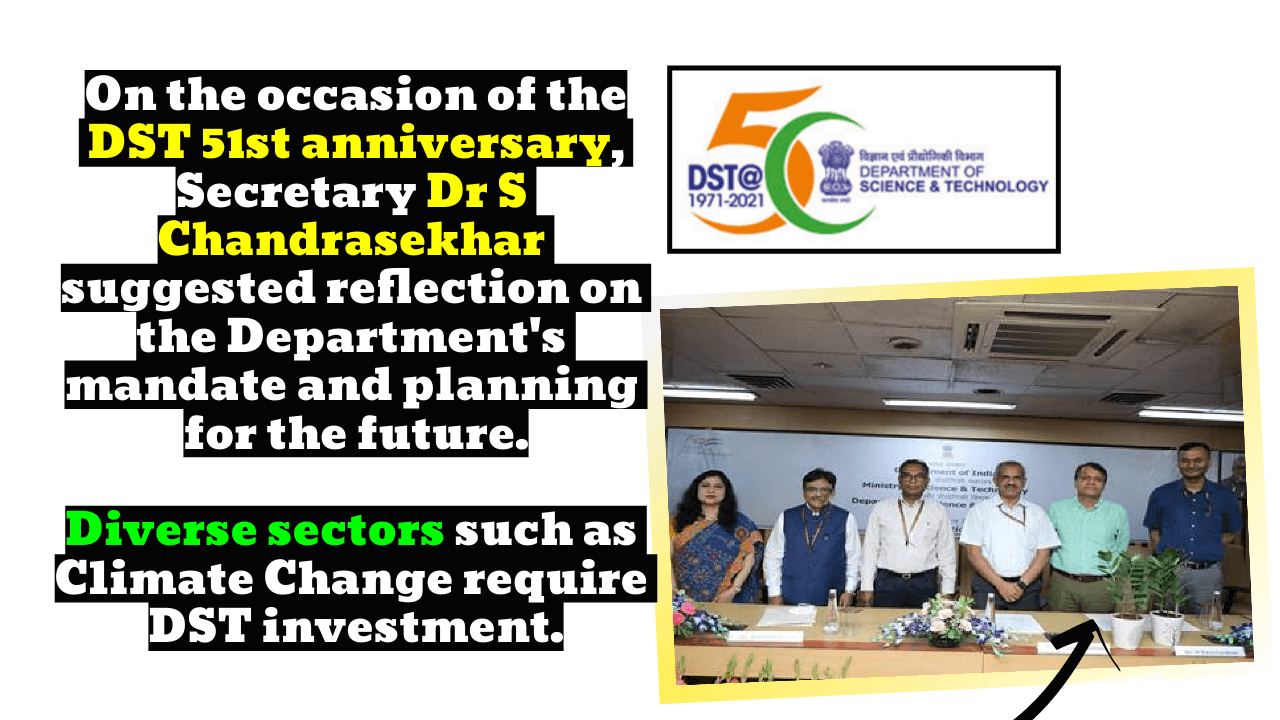 He said that DST needs to prepare to help the country deal with new problems like climate change. Prizes were given to employees who had won contests in areas like cricket, music, poetry, and quizzes. Directors of autonomous institutions and DST employees were both there.

“DST was created to build a scientific platform for funding S&T research in the country. Later, the mandate grew to include the translation of research as well. Through its help with R&D and translation in S&T, the Department has coordinated S&T across the country. It was able to help with the S&T needed to stop the pandemic. But new problems are coming up, and the Department needs to get ready to help the country deal with them, said the DST Secretary.

Dr. Chandrasekhar used the problem of global climate change as an example of how DST needs to invest in areas that contribute to global warming. “We need to be smarter, more aware of problems, and develop the best technologies that can last. “We need to do our homework on how to get better and better at what we do,” he said.

Dr. Chadrasekhar praised the work of all the divisions and autonomous institutions, the INSPIRE (Innovation in Science Pursuit for Inspired Research) and other programs that have “inspired” students at different levels, researchers, scholars, and faculty, the women’s programs that have changed many lives, the SERB, which has helped attract talented people, and the TDB, which has helped turn R&D and ideas into things that help people.

“We are lucky to work in a field whose effects last forever and reach everywhere. The vaccines made here and the technologies made here can be used in many places worldwide. So, we need to think of ways to get the benefits of science and technology more efficiently,” the DST Secretary said.

Dr. M. Ravichandran, Secretary of the Ministry of Earth Sciences, said that it was important for the two departments to work together more closely and in areas where they can help each other. He said that DST was the mother’s Department.

Employees of the Department who had won different competitions, such as cricket, music, quizzes, and poetry, were given prizes. The winners of the cricket tournament were given a bat and wickets made by NECTAR, a DST branch that works on its own.