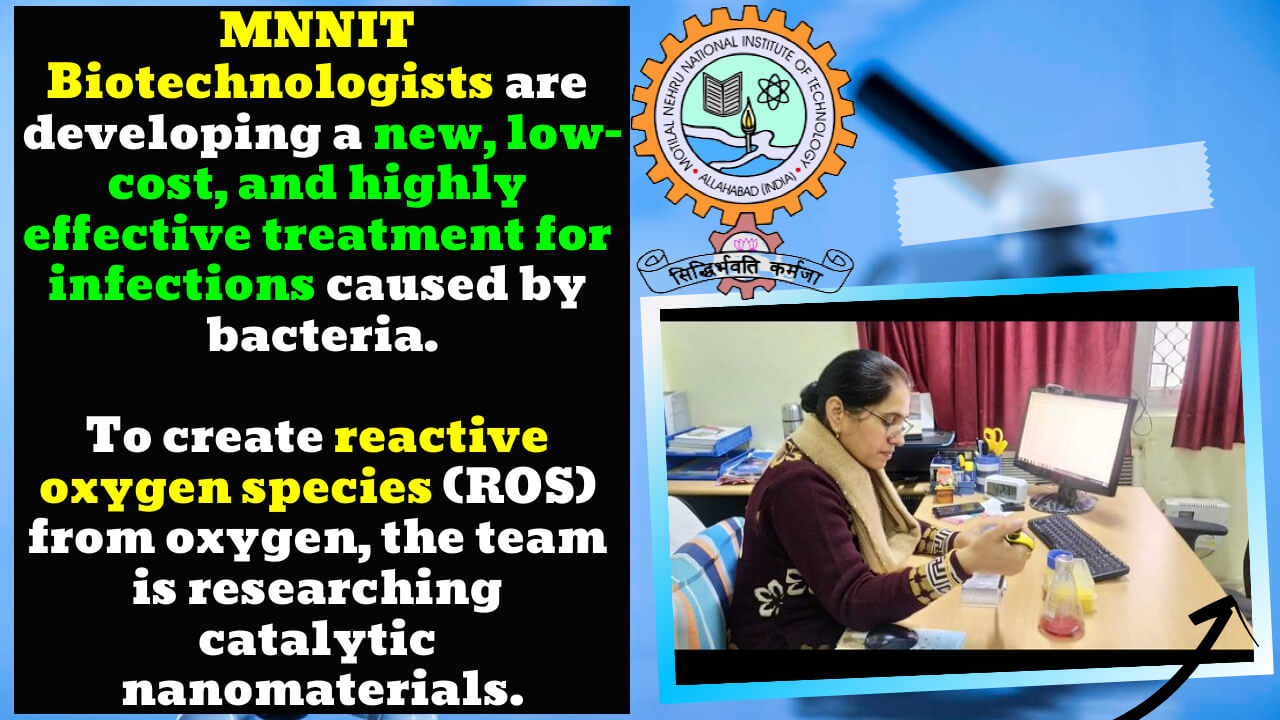 Biotechnologists at the only NIT in the state are working on a new, cheap, and effective way to treat bacterial infections. DST and the science and engineering research board (SERB) are funding the project for three years. The mission is part of that project.

Biotechnologists at the state’s NIT, the Motilal Nehru National Institute of Technology (MNNIT), are working on a new-age, low-cost, and effective way to treat bacterial infections with medicines that don’t cause resistance, which can happen when antibiotics are used for a long time and then used again.

The mission is part of a three-year project funded by the department of science and technology (DST) and the science and engineering research board (SERB), New Delhi. The government funds the project.

Getting a bacterial infection can be very bad for your health. In low-income countries, they are the cause of the most deaths. To fight these infections, antibiotics have been used a lot more, which has caused bacteria to become resistant to them. So, a lot of work is being done to find effective antibacterial alternatives to antibiotics, says Seema Nara, an associate professor in MNNIT’s Department of Biotechnology, who is in charge of the project.

The team is researching to make catalytic nanomaterials that can make reactive oxygen species (ROS), which are highly reactive chemicals made from oxygen. These nanomaterials can be used as low-cost, non-toxic, and effective antibiotics.

ROS can kill bacteria by causing irreversible damage to its proteins, DNA, and polysaccharides. This project is about making Cerium oxide-based catalytic nanostructures that are good at capturing bacteria and killing them with ROS, Nara said.

Nanozymes, made of nanomaterials and artificial enzymes, are being used in this project to fight bacterial infections, disinfection, and biofilm inhibition. They will be tested on a wide range of bacteria, including E Coli, Staphylococcus aureus, and Methicillin-resistant Staphylococcus aureus, which can cause pneumonia, meningitis, toxic shock syndrome, and sepsis.

He said the nanozyme’s ability to trap bacteria and kill it through its ROS-making ability would make it more useful as an antibacterial coating on medical devices.

Many things could happen in the future with this. “It could be used in a lot of different ways in the future,” she said.