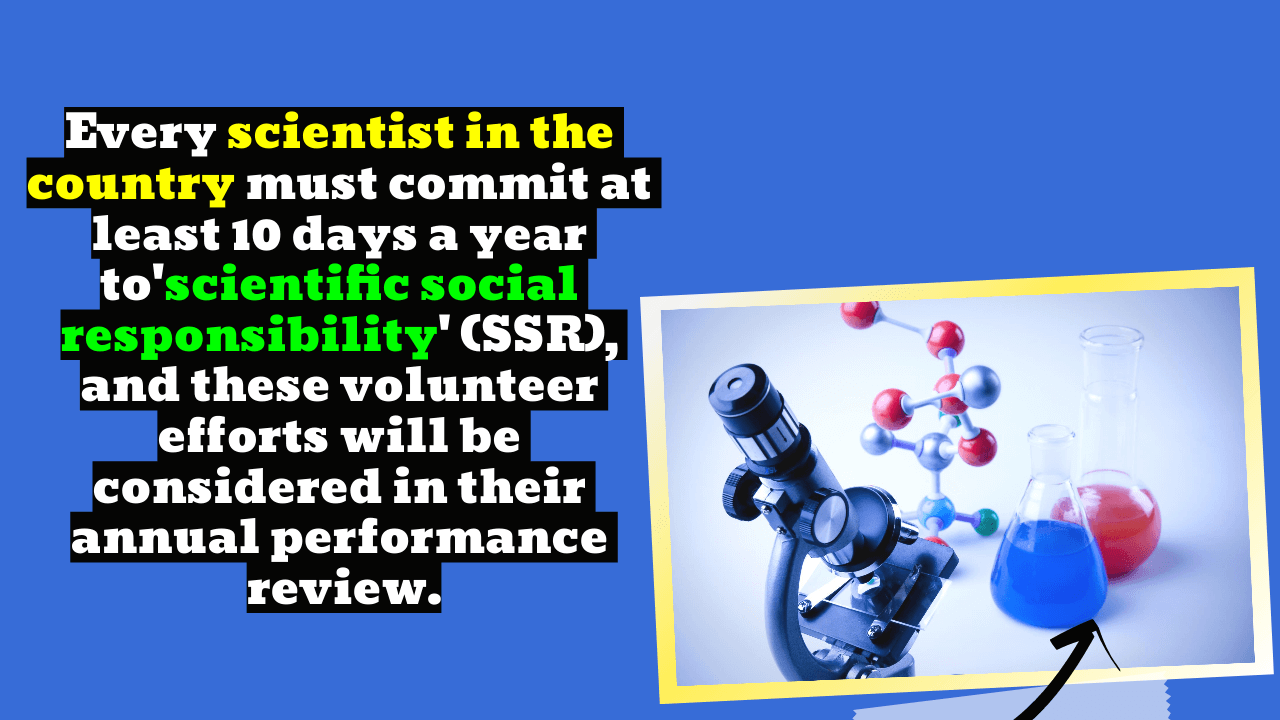 SSR activities include giving talks, helping people learn new skills through training and workshops, and mentoring. The ministry also put out SRIMAN guidelines to help make sure that Research Infrastructure is used well and that more people can use it.

Like CSR guidelines, SSR guidelines will affect how scientists are evaluated. PM Modi: Trip to deepen ‘time-honored linkages’ with Nepal Delhi fire: Every scientist in the country is expected to spend at least 10 days a year on “scientific, social responsibility” (SSR), and these activities, which are done on their own time outside of their regular jobs, will be taken into account in their annual performance review.

In the guidelines, the ministry listed 17 broad activities that scientists can do as part of their SSR to bring science and society closer together. It would apply to scientists working in both public and private knowledge institutions (laboratories, institutes, universities, colleges, and scientific institutions) and central ministries, state governments, their departments, and autonomous agencies that work with them.

The guidelines say that both individual and institutional SSR activities will get the budgetary support to be effective. A knowledge institution wouldn’t be able to outsource or subcontract its SSR activities and projects. All central government ministries and state governments must plan and strategize their SSR according to their responsibilities.

Included on the list of SSR activities are lectures by scientists in schools and colleges on modular or full courses or on a theme to inspire students to study science and pursue a career in science; mentoring of school students in their innovation projects; organizing visits to planetariums, laboratories, science centers, and industries; skill development through training and workshops; and sharing of infrastructure and knowledge resources.

One of the SSR activities listed in the guidelines is giving simple scientific talks on popular topics through TV, radio, newspapers, magazines, and social media to make people more aware of science and eliminate superstition.

India became a full nuclear country after the nuclear explosion at Pokhran on May 11, 1998. On National Technology Day, the ministry also released the Scientific Research Infrastructure Sharing, Maintenance, and Networks (SRIMAN) guidelines. These are meant to help scientists, researchers, and industry professionals all over the country use Research Infrastructure (RI) more efficiently and get wider access to it by creating a network of relevant stakeholders.