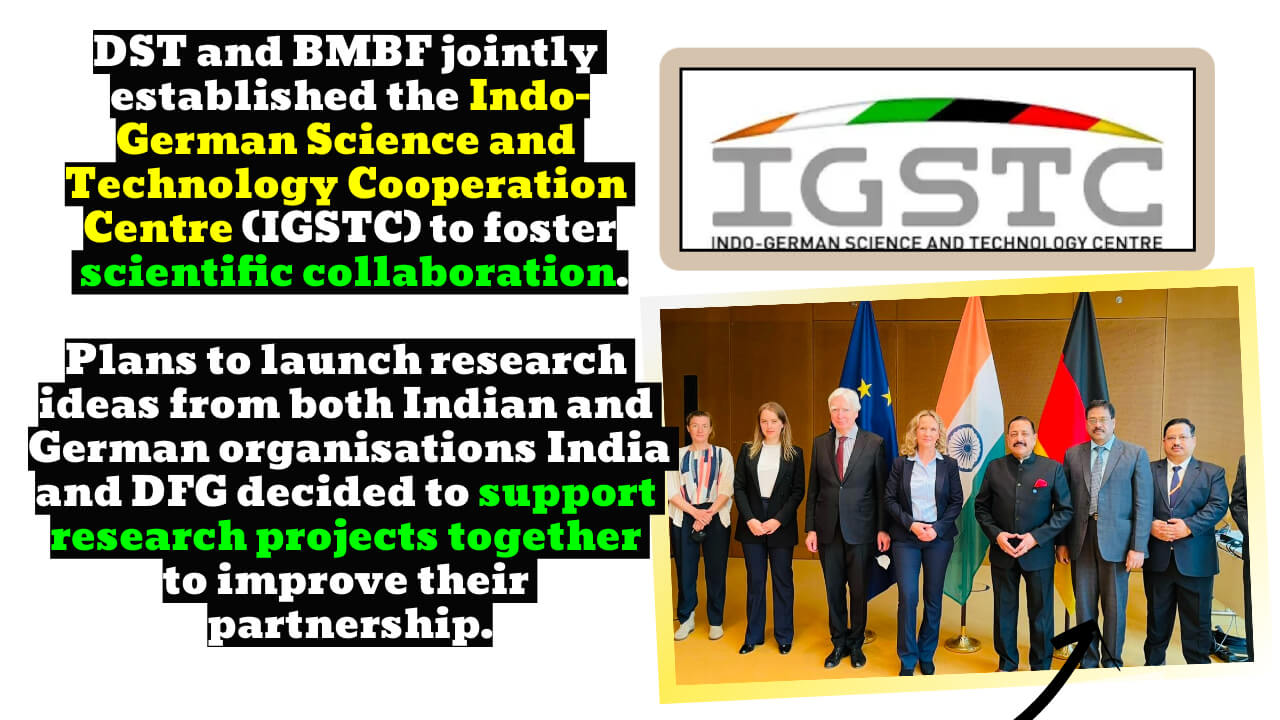 India has started many projects, like the Cyber-Physical System, Deep Ocean Mining, Future Manufacturing, Green Hydrogen Fuel, Quantum Technologies, and more. It’s working with Germany to set up artificial intelligence projects to help people in need and improve the environment.

Collaborating with Germany to set up artificial intelligence projects that focus on health and the environment, led by the Indo-German Science and Technology Center (IGSTC). IGSTC is a joint project between the Department of Science and Technology (DST), the Government of India, and the Federal Ministry of Education and Research (BMBF), the Government of Germany, to make it easier for Indian and German research and development to go on.

Union Minister for Science and Technology Jitendra Singh and Katja Becker, the president of the German Research Foundation, met in Berlin yesterday. They both praised the partnership and the great progress both countries have made in the last few years. The meeting also had scientists, advisers, and researchers from both countries.

The Indian Prime Minister, Narendra Modi, has started many new things and programs for the country, Singh said. You can see some of them here: Quantum Technologies; Cyber-Physical System; Future Manufacturing; Deep Ocean Mining; Green Hydrogen; etc. He said that both the GoI and the DFG could look into ways to work together to solve social problems.

Another idea was to set up Collaborative Research Centers for high-level science research in both countries.

International Research Training Groups (IRTG) is a program that aims to build people’s skills. It focuses on training Indian and German students who want to study for a Ph.D. Indian and German research groups plan to put forward several ideas for new projects. India and the DFG agreed to work together to fund research projects and strengthen their relationship.

The two agreed to merge IRTG programs with other scientific programs.

There will be a lot of ideas for toxicology projects in September 2022.

Women’s rights will get a lot more attention in the future.

All of the countries agreed to work together to develop data protection rules for scientific research funding.